Yesterday we made a trek to Breckenridge.  We are all still battling these colds, but we thought it might be nice to get out.  An easy drive to Breckenridge, stroll around and look at the snow sculptures, and a nice scenic drive back.

It didn’t quite go that way.  It was a fun trip, but it was more demanding than we anticipated.

First of all, we quickly realized that there are a lot of skiers headed to the mountains on a Saturday morning.  It was bumper to bumper at times along I-70.  We learned not to drive to Breckenridge on Saturday during ski season.

Then it was bumper to bumper people once we reached Breckenridge.  We didn’t think we were going to find a parking space, but at the last moment, when we’d almost given up, we found a great spot not far from the sculptures.

The sculptures were really amazing.  These photos don’t do them justice.

This sculpture was cool, but I wish we’d gotten a good picture of the one directly behind it.  There were all these wraith looking things holding up torches.  Some of the detail was just amazing.

Davey enjoyed looking around.  There were a ton of people.  I think it’s overwhelming to be a little guy amongst so many people.  I am not crazy about it myself. 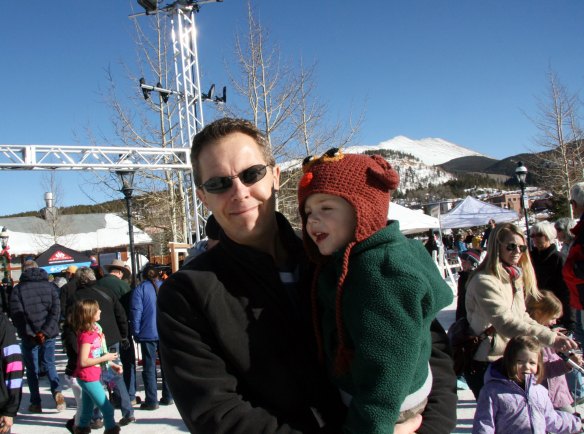 The sculptures started out as big blocks of “Stomped” down snow.  There was one that we could walk up and touch.  Davey liked that. 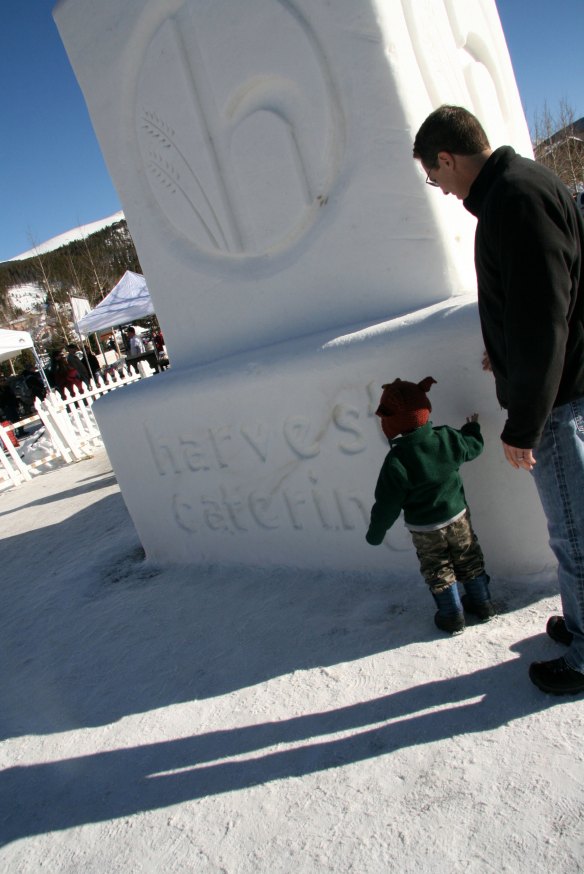 He liked a chance to play in the snow too.

During our drive, we saw people ice fishing on a couple of lakes.  That’s still just amazing to us, the idea that the frozen lake can support all those trucks and cars parked out on it.  Then on our way home, we saw people parasailing too, but they were on snowboards.  I’d never seen anything like it.  They really got moving.

If you look carefully,  you can see a tiny figure being propelled by a tiny sail.  (I took this from the car. Not a great shot.)

At the end of the day, apparently many of the skiers return to Denver.  So we had heavy traffic for a good portion of the drive home as well.  Davey remained cheerful though.  He drank his lemonade, ate M&Ms, and kept us entertained with knock knock jokes!