Busy weeks.  Fun weeks.  Davey was thrilled to have his Nanny and Pa here for a week.  We had a lot of fun showing them around a little of the great Pacific Northwest.  Davey enjoyed hanging out with them.

Davey started school on the 11th.  It is the 24th now, and I am starting to get used to him being gone all day.  He is loving school though.  So far he can not wait for each day to begin.

His teacher supplied him with jitter glitter to put under his pillow the night before school started, and she gave him “ready confetti” to throw up on the first day of school.  He loved this! 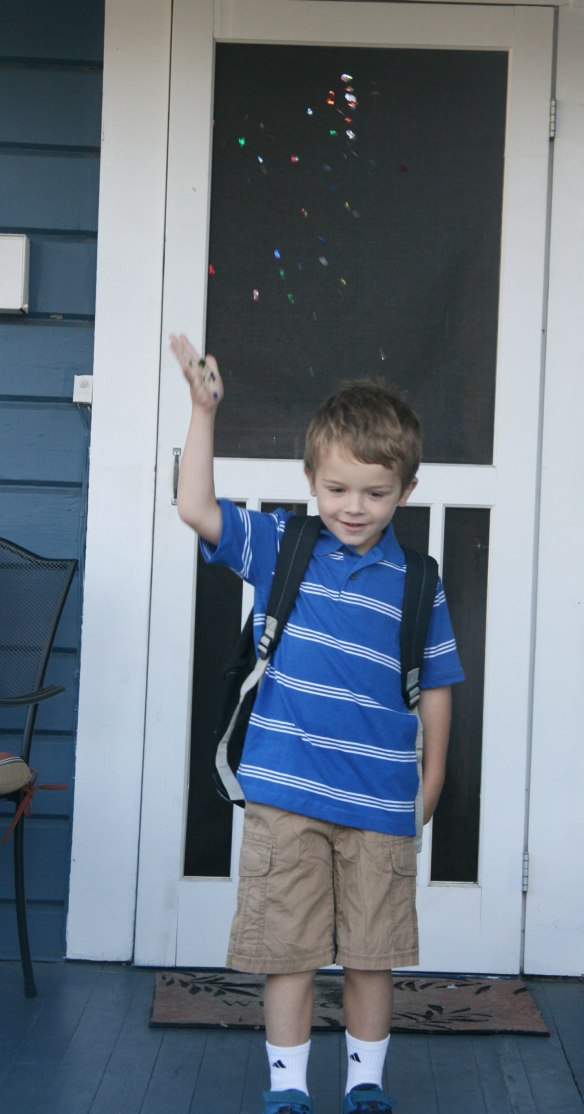 This picture is blurry but it depicts his excitement to get going!

We got to hang out with him for a little while at the beginning of his first school day.  After about half an hour, she sent the parents on our way so they could start having some “real fun!” 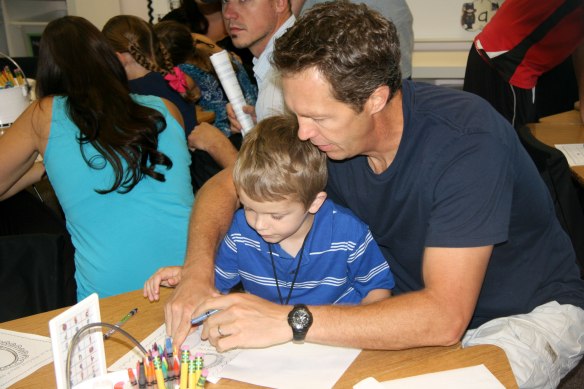 Davey started soccer too.  He’s playing on a co-ed team and is doing just awesome so far.  He’s having a lot of fun.

It’s fun to watch him want to get after that ball and move it down the field.

We also have Fall/Halloween fever.  We decided to ease into it by carving a pumpkin.  Well it’s not really carving.  We scooped out the insides and then drilled holes randomly all over the pumpkin. There are lots of pictures of this on pinterest.  I could not get a picture of it at night.  I need to figure out how to use my camera to accomplish this.  I recommend lots of holes too.  We didn’t have quite enough.  The dry air here has resulted in a rapidly shrinking pumpkin.  It’s already about done for.

I am starting back to school myself tomorrow.  I am going to get certified to teach K-8.  I actually did get to see Davey during the day last week because I spent 40 hours at the school observing a class.  I went to see him each day at lunch.  It was a great way to transition to his full days of school – yes more for me than him!