Davey ran in a “Gladiator Dash” today.  It was an obstacle course which included climbing, running, hopping in a potato sack, crawling through tunnels, sliding into water, and also crawling through mud.  David was in charge of taking pictures, and he took so many great ones that it was hard for me to choose.  So I chose quite a few.

Davey was a little nervous.  He didn’t know what to expect. 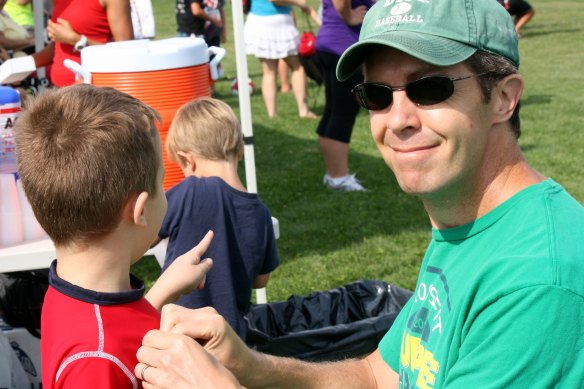 Luckily he had a good friend from his kindergarten class to help him through it.  Caden was an old pro who’d done it the previous year. 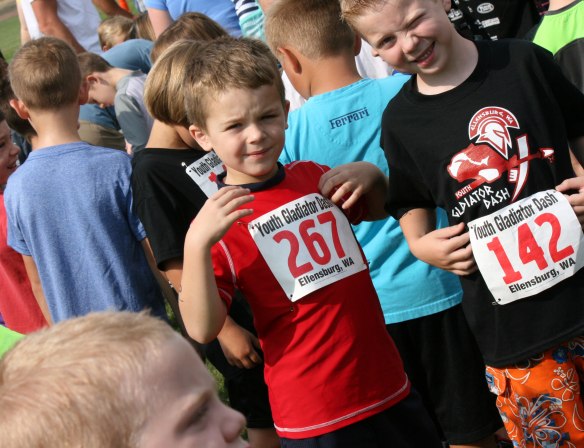 They started the kids off in groups of 4. 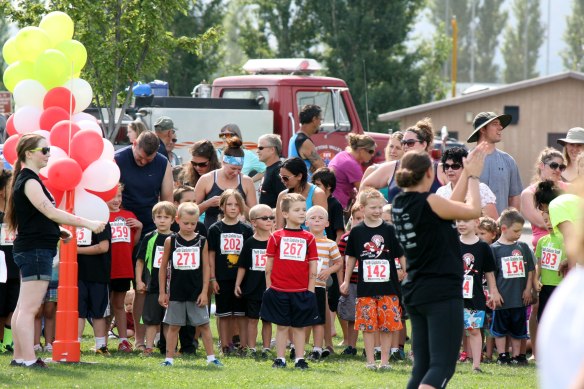 Davey had a great start and bounded over the hay bales. 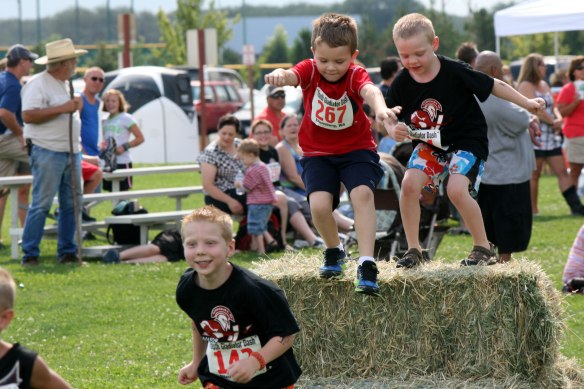 These little bouncy things were a little tricky for him, but he made it through. 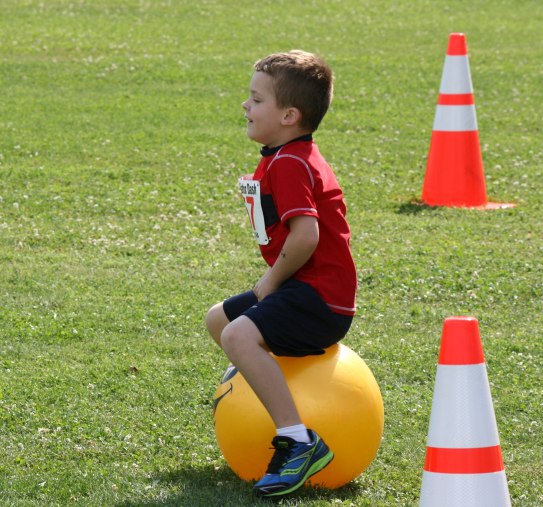 Flipping the tires was really tough for him.  He got tired, but he just kept on going. 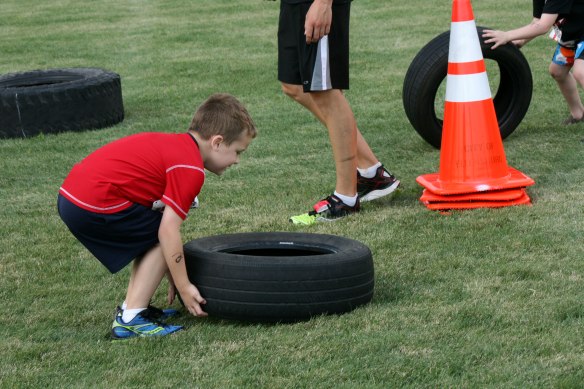 Then. It was time to face the mud.  He looks a little unsure doesn’t he? 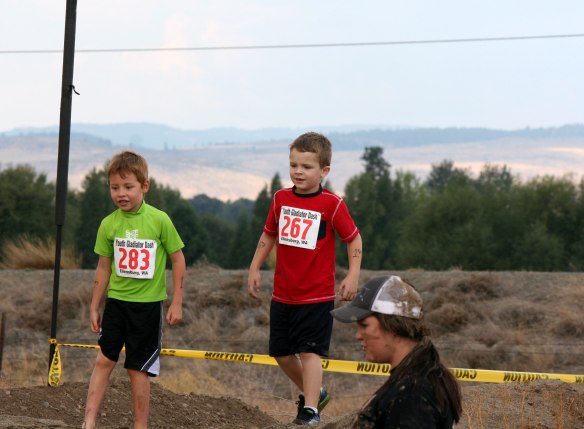 He bravely jumped right in. 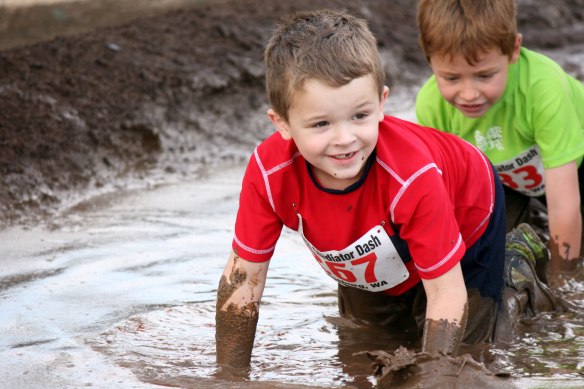 It was a little slick and tricky. 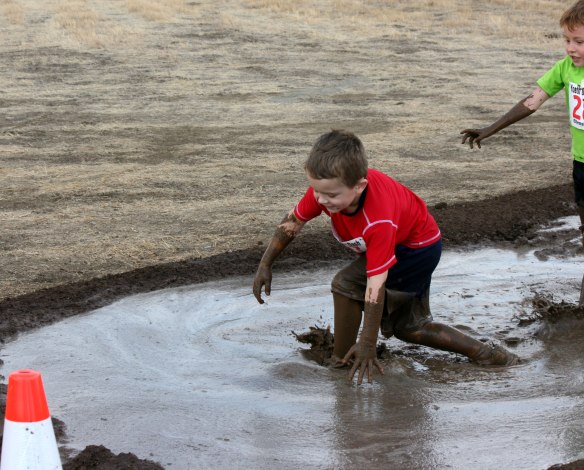 But he had a big grin when he came out (maybe he was very relieved to be out!). 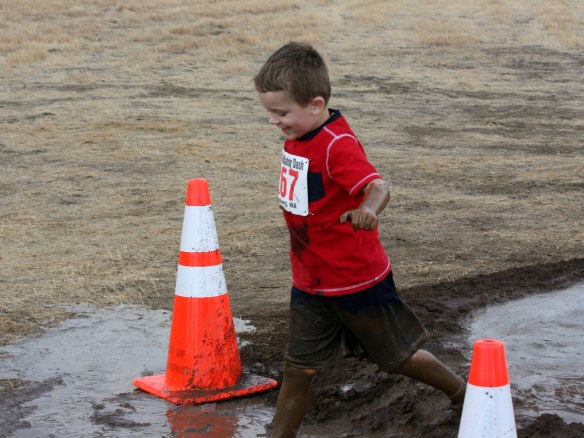 There were a couple of more obstacles after the mud. 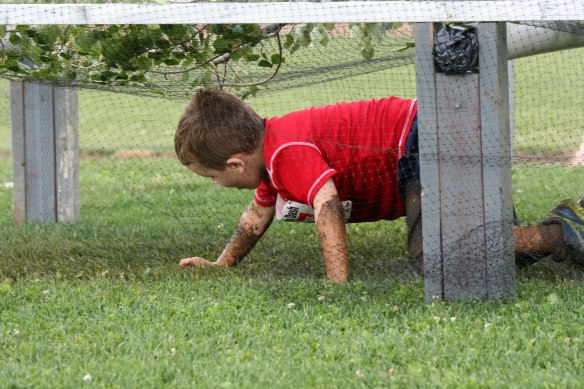 I love this of him moving through the circles. 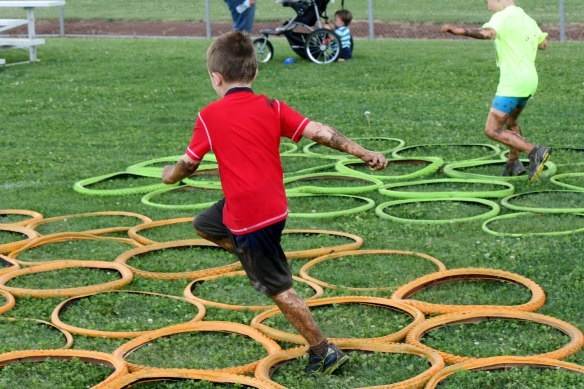 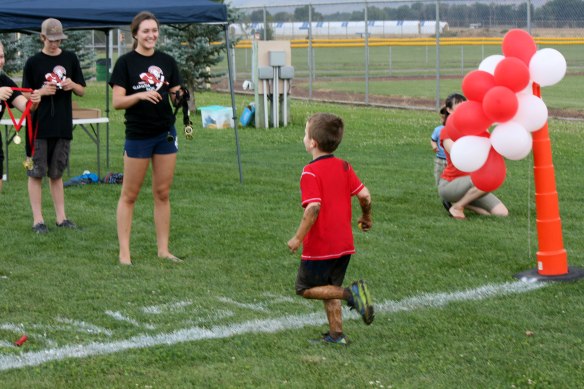 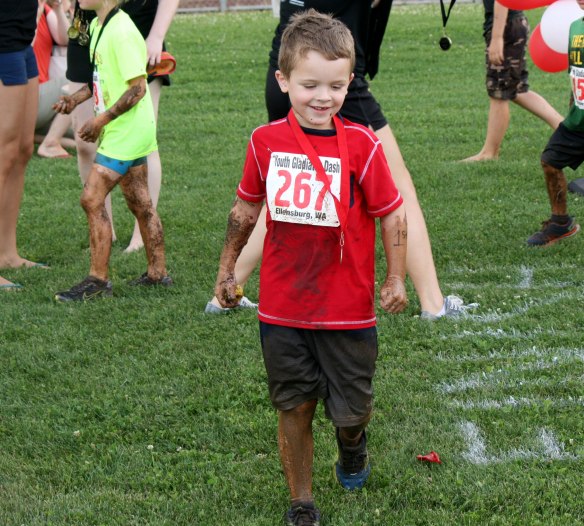 It was time to get cleaned up. 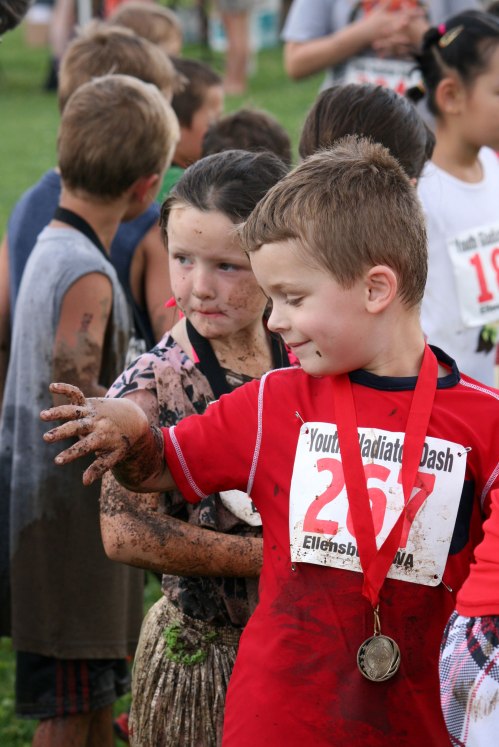 He was hosed off by a nice fireman. 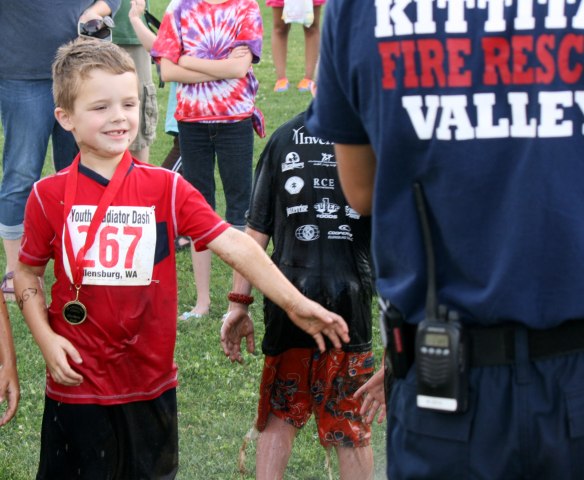 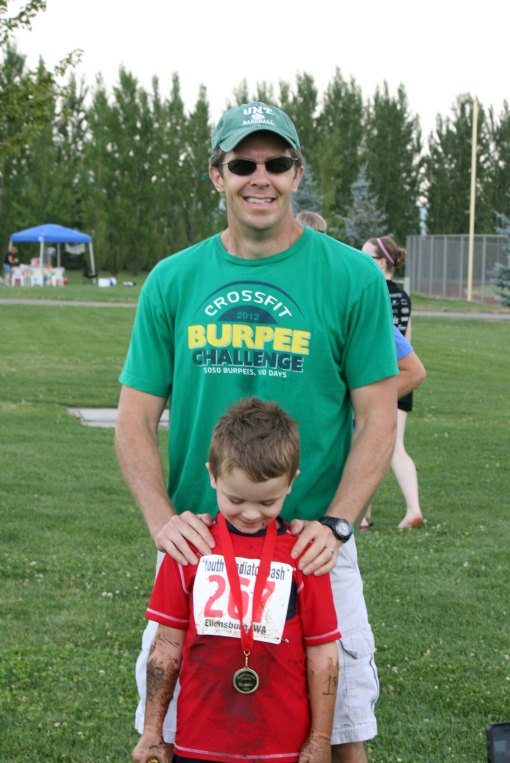 Before I posted this blog, I read it to Davey.  He said I needed more of a finish.  He told me I needed a “The End”.

1 thought on “Our little Gladiator”