Last Christmas, I got some yarn to make David a scarf.  I began knitting on it here and there throughout the year since then, and I actually finished the scarf last week!  I made it with this amazing worsted weight squishy wool yarn which I am almost 100% sure is Madeleine Tosh (but which might be Malabrigo).   This is not a great picture, but you can kinda see what an awesome yarn this is. 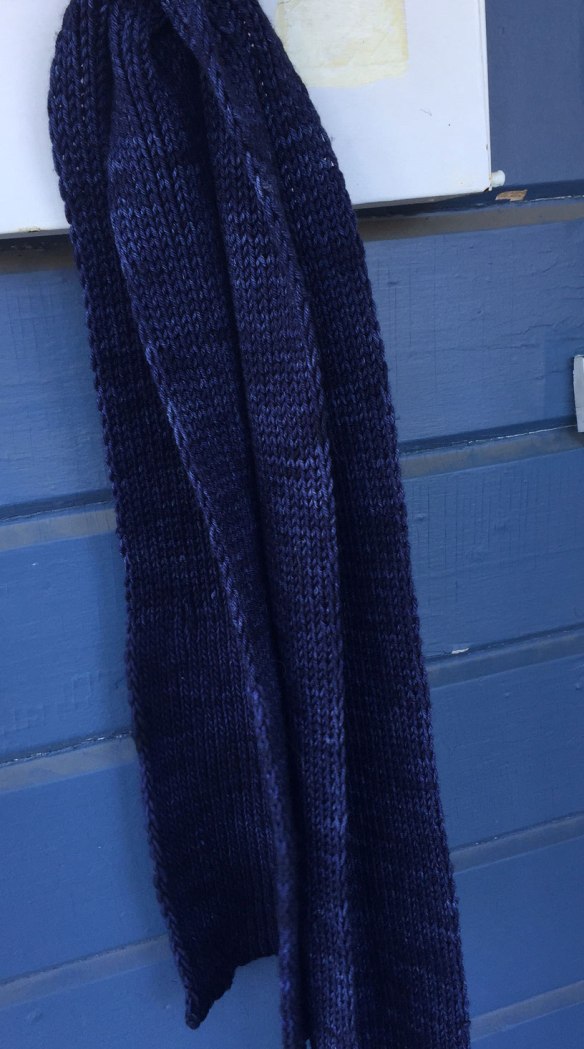 I just did a basic 1×1 rib and slipped the first stitch of each row.  One of the very first things I ever knitted was a scarf in this pattern.  It was a basic Jared Flood pattern.  When I made that scarf back in 2008, I was brand new to kitting.  I read his pattern, and I had no idea what it meant to slip a stitch.  So – I emailed him and asked him.  He was kind enough to email me back and patiently explain to me what it meant to slip a stitch.  He wrote me an answer in which he did not at all suggest that this was probably the easiest thing on the planet to do in knitting.  You literally just move the stitch from the left needle to the right needle without knitting it.  You just move it.  I always thought that was just so nice of him to be so understanding of the cluelessness of an inexperienced knitter.  I have followed his knitting ever since (and his founding of his own American yarn company!).  He and several designers write the most beautiful patterns for Brooklyn Tweed.

Here’s another not great picture, but I got Davey to help me out: 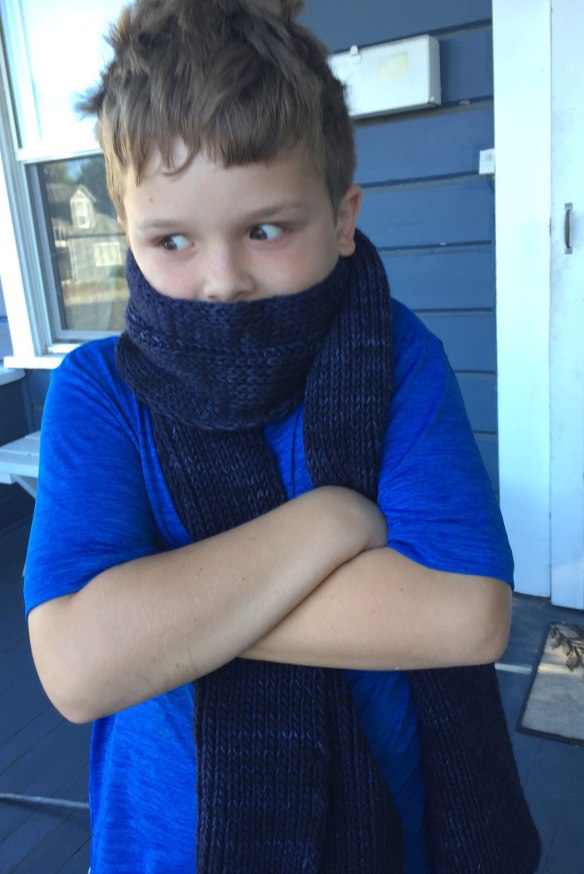