This morning Davey and I went to Feaster Trail.  There is a nice area in front of the hospital where he likes to run around and play.  It was a little chilly outside, but pretty nice overall, and even if it was, how come the chilly air never seems to phase him?

He found piles of mud.  I think they were little mole mounds.  He stomped on them.  Then he found a nice stick (about 12 inches long) and started poking at the mud.  Then he found a mini-lake – well it was much bigger than a puddle but not deep.  Just perfect for stomping around in.)  So he stomped around in the mini-lake for awhile.  He poked the water with his stick.  He threw the stick in the water and retrieved it.  Several times.  Finally I started feeling rather irresponsible, as it was still chilly, and so I took his wet self and we left.  He was not too happy, and when I took his socks and shoes off, his little feet were toasty. 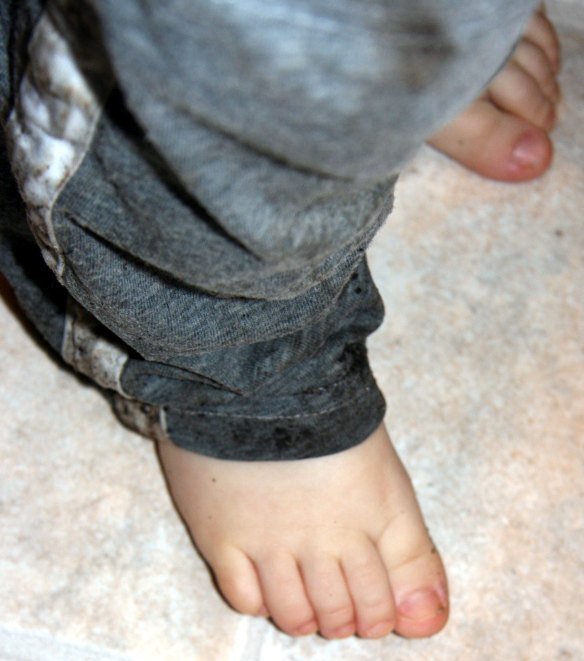 I neglected to bring my camera, so I could only get a couple of pictures of the aftermath.  I like his sweet little feet and shoes. 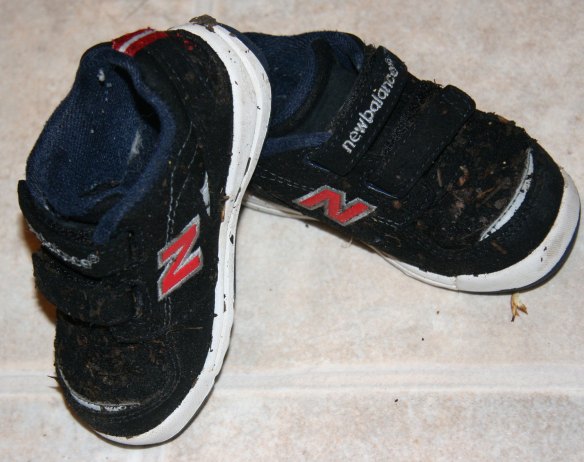 This afternoon after his nap, we are off to get a haircut.  The hair on the top of his head is about 4 inches long.  Well at least 3!