Today we decided to go to Lake Catherine State Park.  We are beginning to explore Arkansas.  There is a great list of 150 inexpensive or free, I forget, things to do in Arkansas on their tourism website. So we are starting with some of the things that are close to home.

It started thundering and lightning like crazy when we left, and then there came a huge downpour.  We kept thinking well we will exit and try it again tomorrow, but then as we’d approach the exit, the rain would taper off and we would keep going.  Then it would start coming down in buckets again, and we’d be wishing we’d stopped.  Eventually though, we made it and the weather was just cloudy.  It had cooled off a bunch too – high 70s.  However, it was really really humid.
We’d planned to hike to a waterfall and then have a cookout.  The Arkansas website describes it as a “10 foot waterfall which drops into a blue pool”.  It was a 1/2 mile hike to the waterfall.  After some debate (as to whether it would begin storming again) we departed.
Gosh it was humid.  We let Davey walk at first.  However, staying on the trail didn’t mean much and keeping a steady pace meant even less as he bent over to pick up rocks and check out sticks.  Finally we picked him up.
I think the highlight of the walk may have been the swinging bridge.  It made me very nervous until I realized that there was only about a 3 foot drop below the bridge, and you could easily just bypass the bridge if you wanted to by crossing parallel to the bridge in the small gully below.  So then I was just a little nervous.
The waterfall itself was not spectacular.  I would have described it as 4 foot of water trickling down into a greenish-brown small pool.  Greenish-brown is a generous description.  I think Brownish-green would actually be more apt.  Davey liked it though, and we did too actually.  It was a really pretty hike, but we were so hot and sweaty by the time we got back (I will post evidence of this shortly) that we decided we would roast hot dogs and marshmallows another time.  We went to a Tex-Mex place in Malvern instead.  Although Davey was tired and decided to be rather “incorrigible” in there.  We ate quickly and left! (At the end, one of us ate, while the other walked him around.  He was so tired.)
So here is David after the walk:

See we were hot but happy!

I make my way carefully across the bridge with Davey.

We made up a new game with Davey that had him in hiccups (which I always feel terrible when he gets the hiccups.  Seems like you get them so much easier when you are little.  Maybe you laugh more.  I hope not!)  I always say, “Davey do you want me to sing a song?”  He will say yes, but he will often stop me right after I stop because it is not the song he wants to hear at that moment.  Today though, he’d start saying “no, no, no, no” right away, and I’d yell, “OH MANNNNNNNNN!”  Oh he thought that was funny, and he’d say, “Try again!”  We did this many times.  After awhile he’d switch and say “Daddy try again”, then it would be back to “Mommy try again”.  He loved our dramatic “Oh Mannsss”  when we failed to deliver a song to which he wanted to listen.

I have been singing Itsy Bitsy Spider to him quite abit, and tonight he started singing it too.  He can do the first two lines pretty well, and it was so sweet to hear him singing the song.  It’s the first song he has actually really started to sing to us.  He hums and sings a word here and there, but this is the first song. 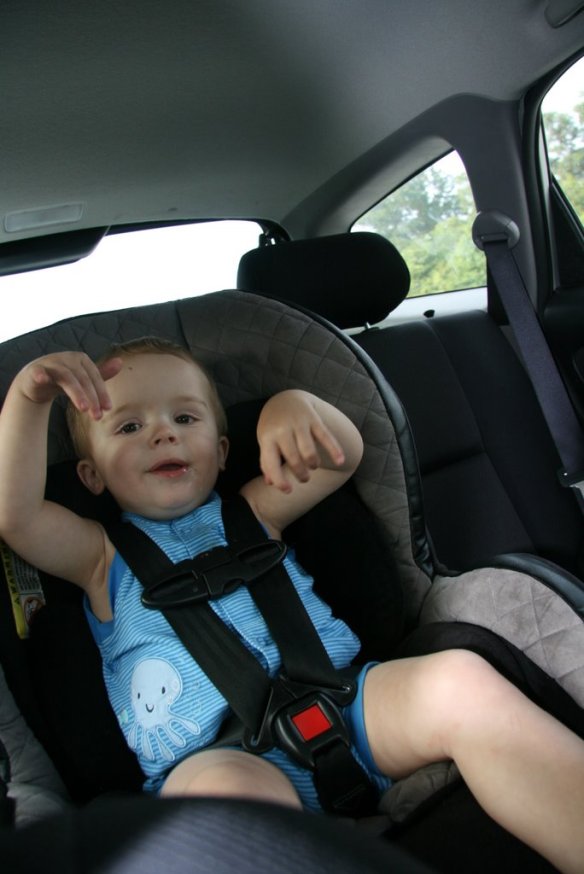 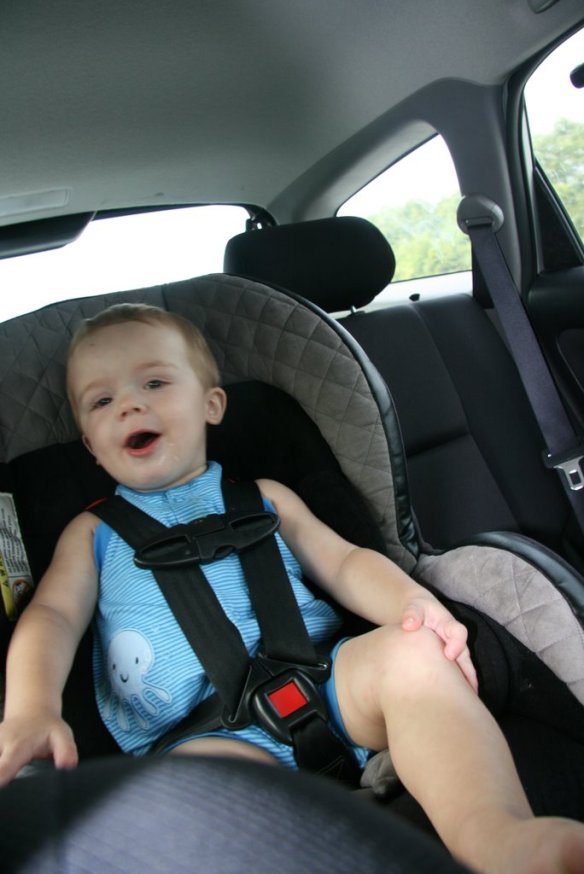 Oh yes, and how could I forget?  A picture of the waterfall which inspired the trip!