We’ve had a nice weekend.  Yesterday we took Davey to DeGray.  It’s so pretty there.  We got Sonic burgers and cheetos.  Actually David ran 13 miles yesterday, so he felt that he should have a foot long chili cheese coney.  Davey had a few cheetos and that was about it.  He was too excited to run around and play.

On our way back, we drove up 26th street and noticed that the water park was open.  We hadn’t gotten any pictures of him there yet this summer, so we decided to go.  It was about 6:15 or so, and the weather was beautiful.  It was almost chilly to get out of the water.  Davey attempted the small frog slide one time.  David let him go at the top, and I caught him at the bottom.  It is a very short slide, but it scared him.  Poor thing, he was very brave.  I caught him and he said, “I’m ok, I’m OK!”  We didn’t try the slide again.  I bet that next summer he will be flying down it all by himself.

He liked building sandcastles at the lake. 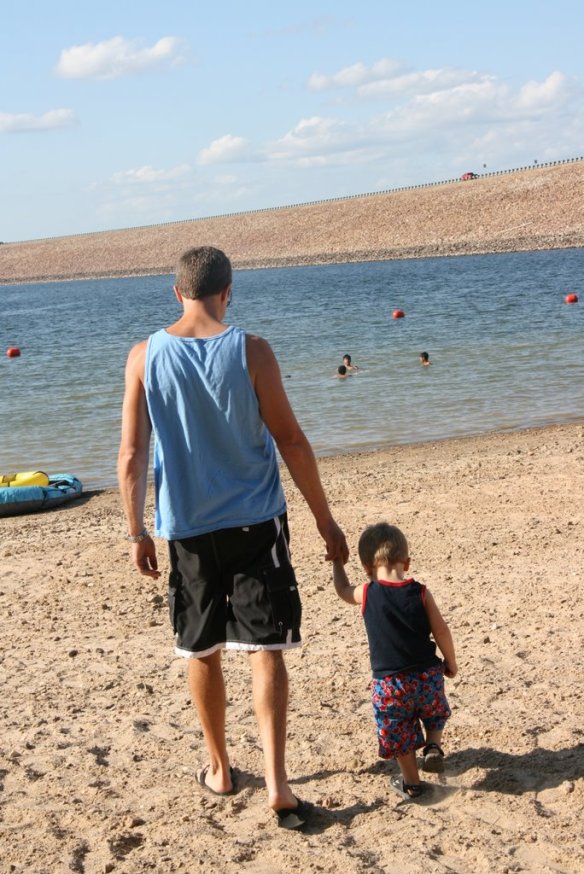 This picture is a little blurry, but I just love it. 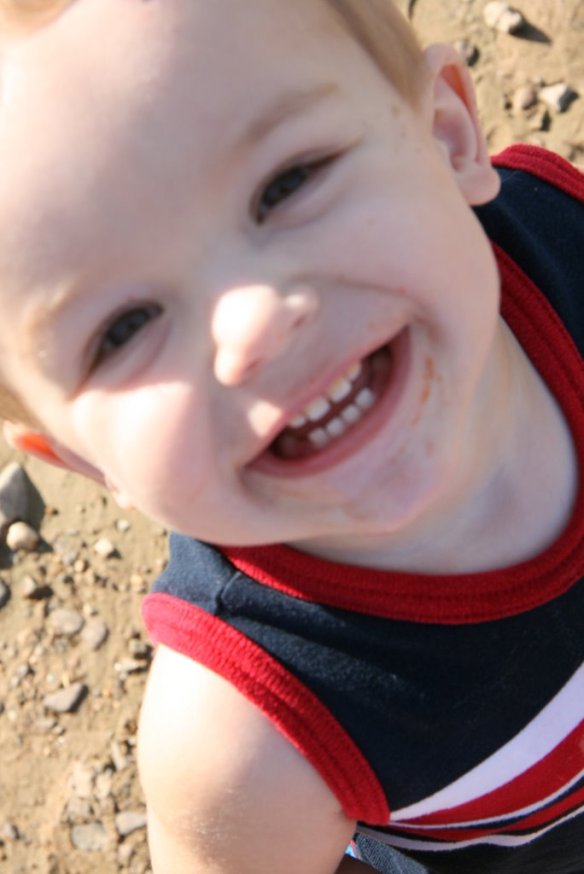 Davey’s eyes appear closed, but in this photo – I really thought it was a nice photo of David.

Davey was having so much fun!