Dora was a no-show.  I guess that’s not exactly a fair statement.  The problem was more of a Mommy reading and comprehension problem.  Apparently, it was not get your picture with Dora herself.  It was get a coupon for a free 5×7 photo card with a picture of Dora on the frame of the card.  All I read was “picture with Dora”.  So Davey was a little disappointed.  However, all was well because of the: 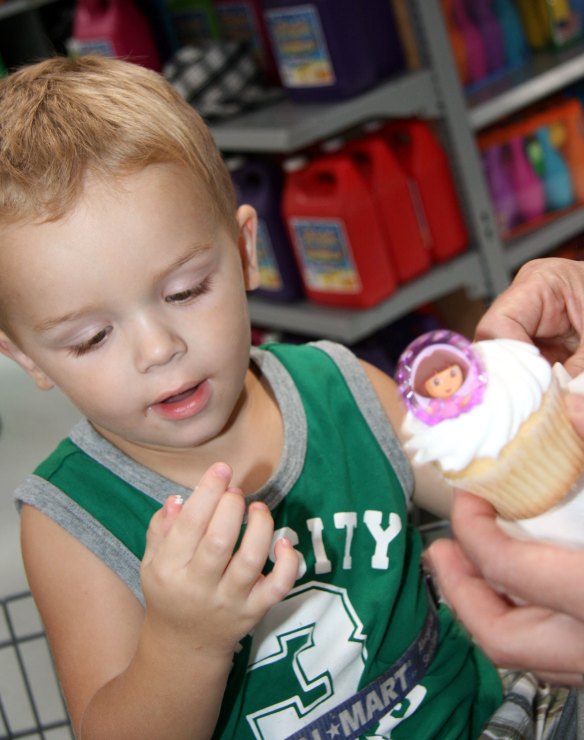 We sat down in Subway to eat Davey’s cupcake, and then we decided we’d have lunch.  Davey doesn’t eat much in the way of Subway, and per a prior agreement with Daddy (involving dessert before lunch), he was already well into his cupcake.  So after his cupcake he had Doritos and apple juice.   He was very happy.  At one point, (he had cupcake and doritos all over him) he looked at David and said, “This is a fine lunch!”

Then we went home and David built Davey’s toddler bed.  Davey was so excited.  He wanted to climb in as soon as David was done, and he insisted on immediately putting all his friends into his bed with him. 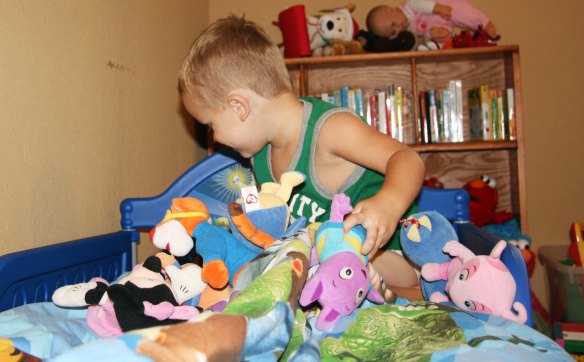 Then he wanted to get all tucked in.

When it was bedtime, he had a little bit of a hard time staying in bed at first.  Who could blame him?  So much new freedom.  But finally I sat down next to him for a few minutes, and he was soon asleep.  He slept the entire night in his bed.  When he woke up this morning, he came to our room.  I asked him, “How did you sleep?”  “Very good,” he answered. 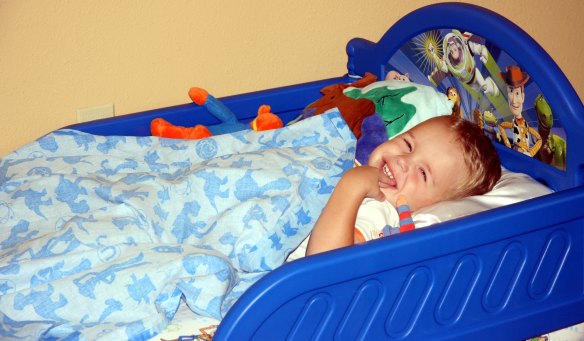 And speaking of very good – or better very well, my sock is coming along very well.  I am all done with the fair isle, and I am working on the toe.  Then I have got to go back and do that heel.  It is going to be painstaking and kind of scary work, and this may be where very well doesn’t apply anymore.  I’ll have to remember to take some pictures to explain it better.