Ok first of all.  I need to learn how to spell Breckenridge.  Not Breckinridge.   But we did not end up making it to Breckenridge.  Instead we stopped in Frisco.  Frisco’s just about 10 minutes away from Breckenridge, but we decided to just have lunch there and stroll around that town.  We’d realized that we were not going to have as much time as we thought before we had to get back to Denver.  (We’ve had an offer on our house and had to fax papers back.  Yay for that – we are hoping everything goes through smoothly, but you never know.  I am cautiously optimistic.)

So we stopped for lunch at a place called Silverheels.

We wanted to eat there because David’s brother had worked as a chef there a few years ago.   It was really good.  David had this salad with smoked trout, and I had fish tacos.  We’ve given up ordering food for Davey at restaurants for now.  It’s like throwing money out the window when we do! He ate pretty well from our plates.  He’s not had much appetite with that cold.  We came up with a new game while we waited for our food.  We couldn’t have played this when I was a kid.  He told me to take a picture of something, and then he’d want to see the picture.   He’d point and say, “Mommy take a picture of this!”

So when I went to download my pictures this morning, I found lots of photos like this:

“Mommy, take a picture of your watch!” 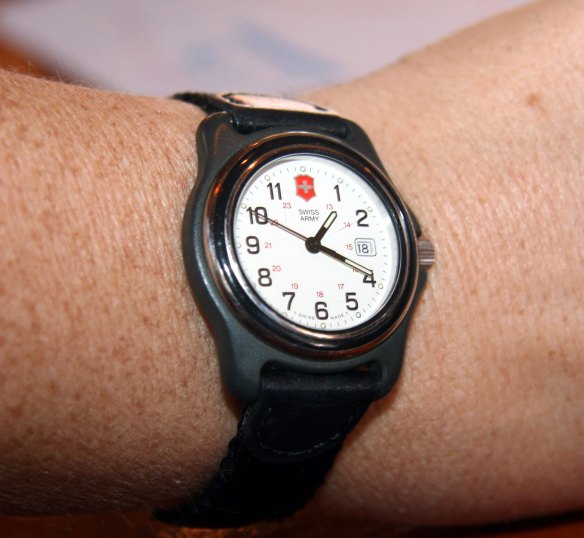 The food was a little slow in coming,  so it was a great way to pass the time.

Davey also colored.  Not with one crayon, not two, but he wanted to have at least three going at one time:

After lunch, we went strolling.

Frisco is beautiful.  Just beautiful.  There are patches of gold in the mountains already.

We strolled downtown and looked at all the shops.  One thing I always love about mountain towns are all the dogs.  Relaxed, healthy, happy dogs lounging outside their respective shops.

Frisco also has my top main requirement:  a yarn shop.  I didn’t take photo of it, but it was called “What’s Needling U?”  Cute.  They had a nice selection.  I wanted to buy some sock yarn for one of my Joy of Sox patterns, but I didn’t see anything that I just had to have.

We had fun “strollin'”.  Davey didn’t want to stop.  We all liked this statue: 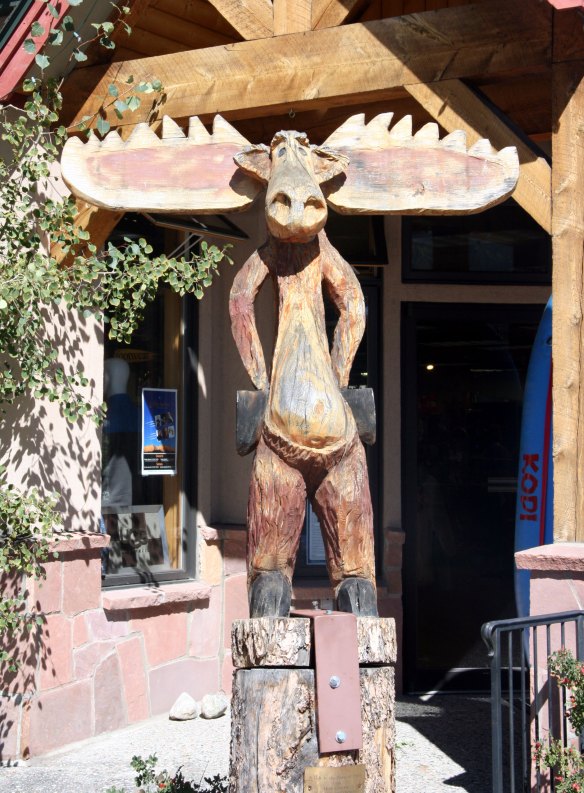 Fun Saturday.  It was a beautiful drive out to Frisco too.  I am not a fan of the Eisenhower/Johnson tunnels though.  (I put in a wiki link.  It’s actually very fascinating reading about these tunnels.  They are at around 11,000 feet and about 1.6 miles long.  I got a little claustrophobic feeling in there.   It was already easier on me though on the way back through.  It’s a little overwhelming to think about going through that massive mountain at that high elevation.  One of those engineering marvels.)

Anyway, I got some more done on my sock last night while we watched a fairly lousy movie  (Prince of Persia). There were a bunch of gross snakes and stuff, so I kept my eyes on my fair isle. 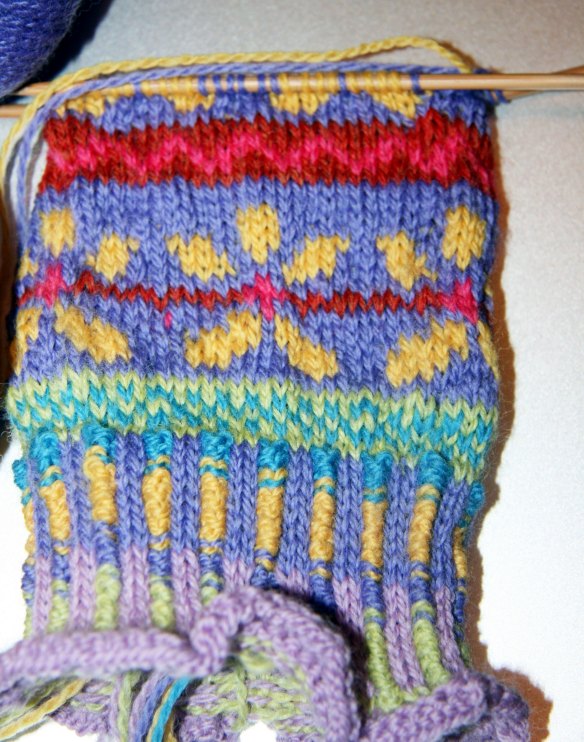 Ok time for a trip to Walmart.  We may get some pizza too.  Something that Davey will eat when we eat out!

2 thoughts on “It was Frisco and an offer.”