This morning Davey helped me finish making this little monster.  He was my creative director.  I put eyebrows on this little guy at first, but Davey asked me to take them off because they made him look mad.  Then he decided that he did not like this one at all, and he wants a red one. He did name this little green guy “Cutie”.

We tried to go play with the sidewalk chalk for awhile, but a massive bone-chilling cold front was blowing through.  This was not predicted that I know of.  We thought it was going to be calm and 55 this afternoon.   By 11, when the dogs were on walk #2 for the day, (they are old and need to go out 4-6 times a day) the wind was blasting and it was icy cold.

David was getting ready to run  which is why he was in shorts.  The change in weather really tackled him during his run. 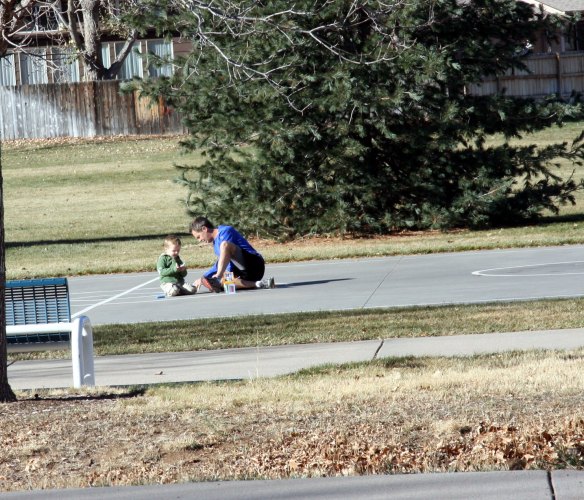 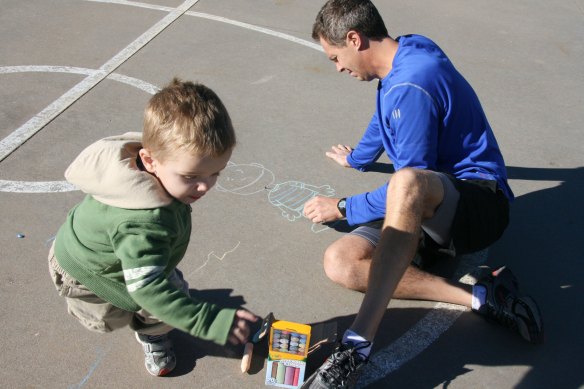 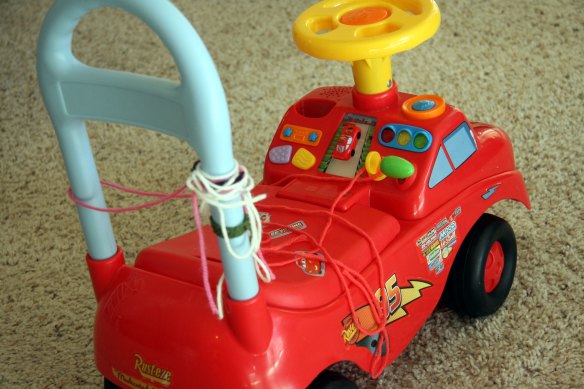 While David was running, Davey and I built this structure.  It was my first time.  I am not very good at it.  You run the little marbles through, and mine kept showing up at the most unexpected and wrong places. 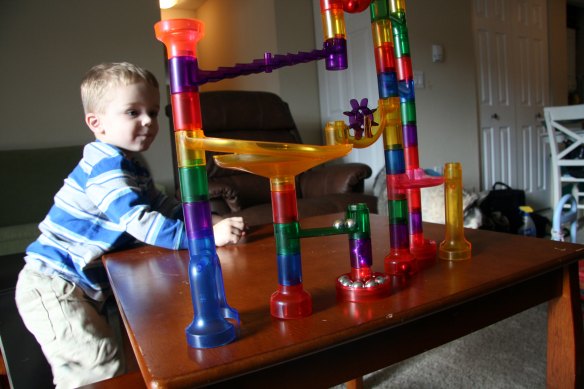 It was fun though, and Davey helped me work it out. (Timber can always be found in the background.  14 years old, and he is still so curious!)

Happy Sunday!  We are getting ready to go “stroll” at the mall.