We are in the final stages of packing this little apartment.  We’ve worked on it a little each day so it’s not been that bad.  There’s just not a ton of room in here, so it’s quickly become maze-like. 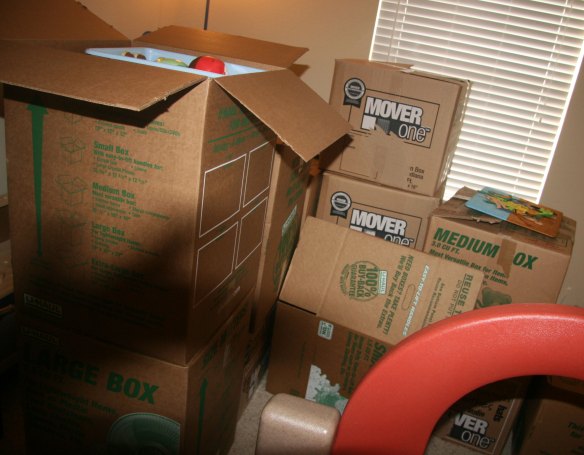 Davey is not thrilled about the process.  At least this time he knows where we are going, but he doesn’t like seeing his toys going into a box.  We’ve left a lot out, but we’ve done some packing in his room.  He eyes the boxes warily.  He is not 100% convinced, I don’t think, that he is going to see them again for awhile, although we keep reassuring him that everything will be unpacked in his new room in just a few days.

Davey is not the only wary one.  Koko is not thrilled about this either.  First she loses her furry best friend, and now she has to make her way around this maze of boxes.   I’ve tried to avoid it, but the boxes interfere with some of her favorite sleeping places. To top it all off, she has me trying to take her picture. 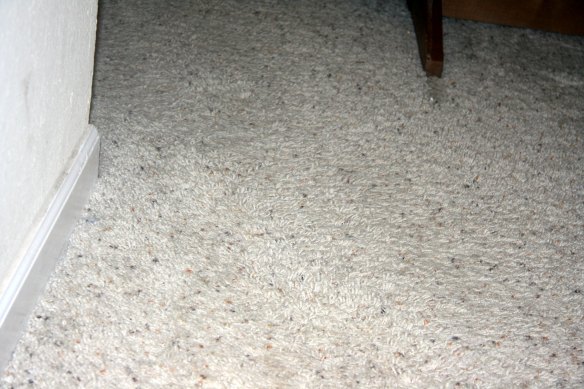 No Koko.  For an old girl, she can scoot away pretty fast when she wants to.

This was the best I could do for today.  It’s terrible, but I figure I shouldn’t chase around a 15 year old dog and traumatize her further. 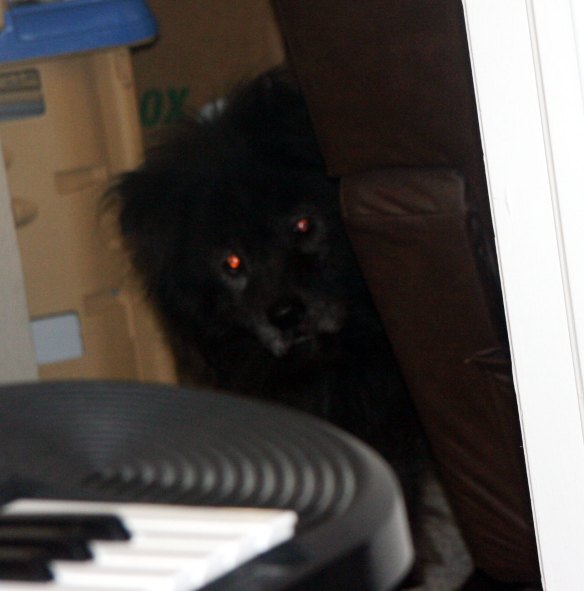 Davey wasn’t much more receptive to having his picture taken.

He kinda allowed me one.

And that was the end of that. He scrambled under his “slide-fort”.

So the packing is nearing completion.  Just a few more days here.

And now I thought I’d write a little about Timber.  (I had to kind of work into this by beginning with some packing discussion.)

First, here are some things that Timber ate over his lifetime.

1.  Grapes galore.  He loved to catch them in the air. One night he ate an entire bunch.  We woke up in the morning and there was a pile of stems on the floor.  We later learned (years later) that grapes are supposed to be very bad for dogs.

2.  An entire plate of poppyseed muffins.  We woke up in the middle of the night to the sound of a plate crashing to the floor.  He could eat a muffin per gulp.

3.  An entire plate of chocolate cupcakes.  (See #2 for details.  #1 also applies in that chocolate = also not good for dogs.)

4.  A box of ant traps.  These were the little ones you set out for the ants to crawl into.  He threw them back up into a nice pile in the middle of the living room.  I rushed him to the vet.  He was fine.

5.  An entire bottle of Koko’s beef-flavored antibiotics.  Somehow he got the lid off.  We again rushed him to the vet although he looked fine.  He was.  The doctor just recommended we give him yogurt.

6.  Update to post –   David reminded me of the time that he ate an entire roasted chicken carcass from our trashbag.  He consumed it one big gulping swallow.  Again – chicken bones also very bad for dogs.  It’s amazing he lived as long as he did.

Timber loved being a dog.  He reveled in “dogness”.  For example, let me compare him to Koko the chow. She’s not a dog.  As a chow, She’s actually slightly higher in the pecking order than human.

Timber though was not just all dog. He was all goofy dog.  He went into what we called “psycho puppy” to some degree his entire life.  (This is where dogs just run around as fast as they can in a crazy dog joy. The word psycho doesn’t seem quite right actually.)  This picture is the best example I have of “psycho puppy”.

If Timber smelled something nice and dead and stinky, he collapsed into a happy heap to roll in whatever it was.  Timber was a connoisseur of all things poop.   He didn’t like dog poop, but instead preferred a nice horse or lately Canada goose poop.

Timber had a very endearing personality.  My dad gave him his name. Everyone had a nickname for him.  My brother-in-law, Kev, called him T-man.  We called him “The Woo”.  (“woo-woo” was one of the very first words my niece Mikayla learned.)  We called him Senor Woo.  We called him Woo-cious (like precious).  He was my little “mooshi mooshi”.  (I have a silly language for them.)

Here’s Timber with his best friend Koko.  (So hard to get a picture of that dark brown Koko puff.)

Friends have said so many kind things to me about the loss of Timber.  One of my favorites was, “If love could have saved you, you would have lived forever!”

We are lucky to have so many happy memories of our happy woo.