The title represents Davey’s current favorite Little Einsteins episode, and as it so happens, it is also becoming very Springlike around here!

It was beautiful out this afternoon, and Davey was feeling better.  So we spent some time outside.

He practiced his throwing.  He was having a little trouble really rearing back to throw until I told him to pretend he was throwing one of his toys when he gets mad.  That helped him.   A lot.  Maybe not my best idea. 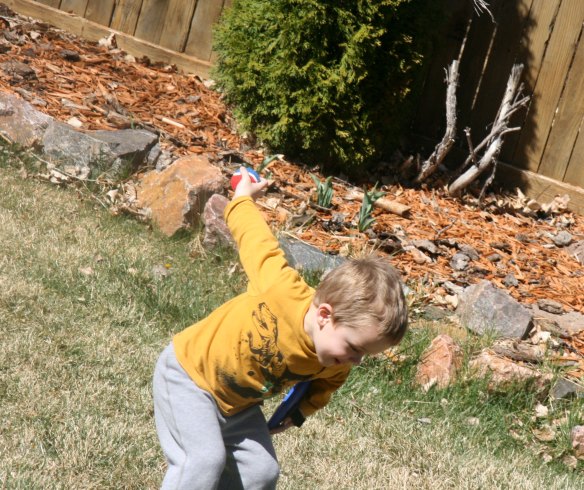 And he practiced catching.  It was one of those velcro pad catchers.  I had no idea the strength of the stick when the ball attaches.  Davey could hardly work it off there.

Then he decided that kicking the ball would be more fun followed by throwing the ball around the yard and chasing it.  That was followed by finding a small green leaf and bringing it to me.  A lovely gift in my favorite shade of green!

*David was actually an important part of the ball throwing lesson.   The best evidence I have is Daddy hands helping Davey to throw. 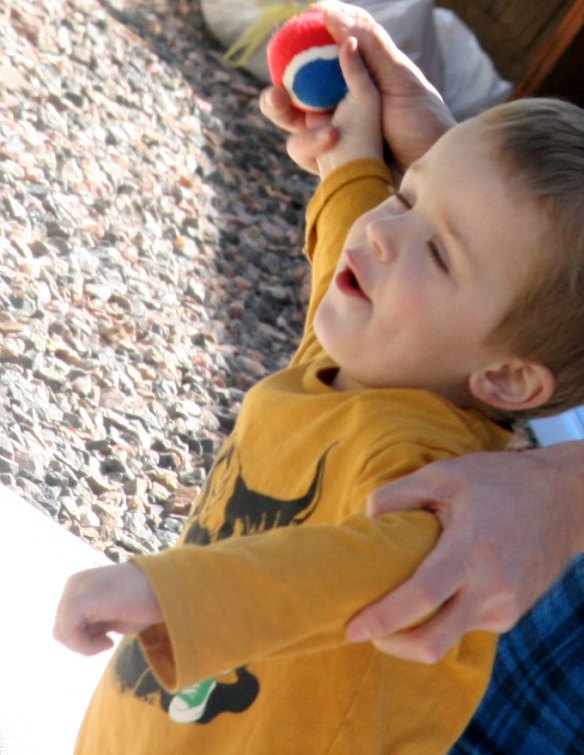