It’s been quite an Easter weekend.  We’re actually still in Oklahoma and won’t return to Colorado until tomorrow.  We are having a quiet day after several very busy ones.  I thought I’d spend some time blogging.  I always miss it when I take a couple of days off.

I’ve started going through all the pictures I’ve taken.  This may be a problem.  I took a lot of pictures.  I’ve become rather overwhelmed.  I think I’m going to write several smaller posts instead of a big ole ginormous post.  There are so many small moments that I’d like to remember!

For example, this game was so simple, but Davey had so much fun playing it over and over.  I’ll call it Bat and Ball.  It involves a big plastic bat and a big plastic ball. 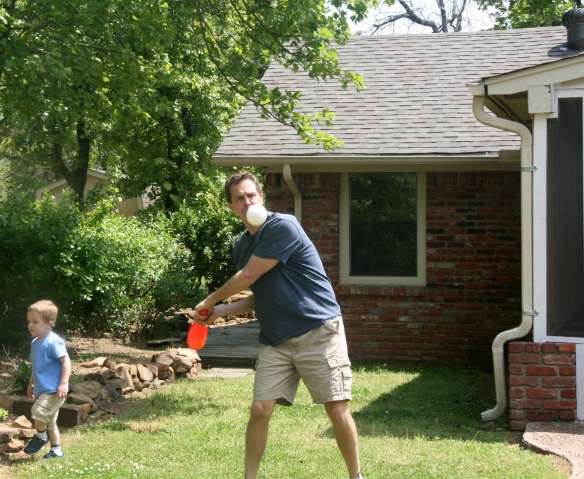 He tossed the ball, swung and hit the ball with a mighty whack!  The objective was to hit it over the house.

Then.  Davey and David ran as fast as they could go around to the other side of the house.

It was about 92 on this day.  (The rest of the trip has been rainy and cool.)

Davey would scurry around looking for the ball.

Davey would find the ball. 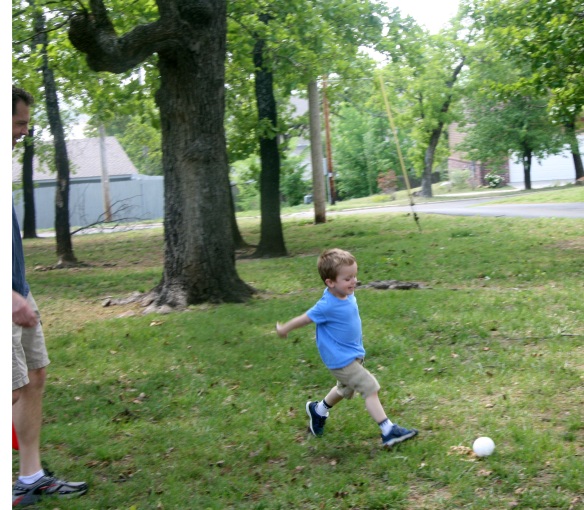 And they started again.

1 thought on “Bat and Ball”