Everything is just golden around us right now.

Davey had found the letterbox here, and he was reaching down for it.  I just loved the light in this picture.

David and Mr. Expressions walking onto the next letterbox. 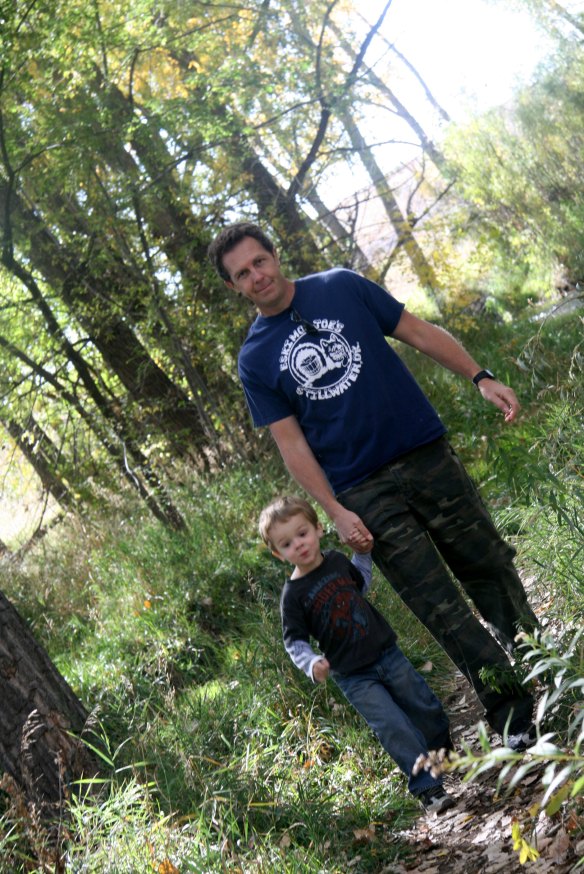 We stopped by the creek for the snack.  Davey wanted me to take a picture of the “beautiful water”. 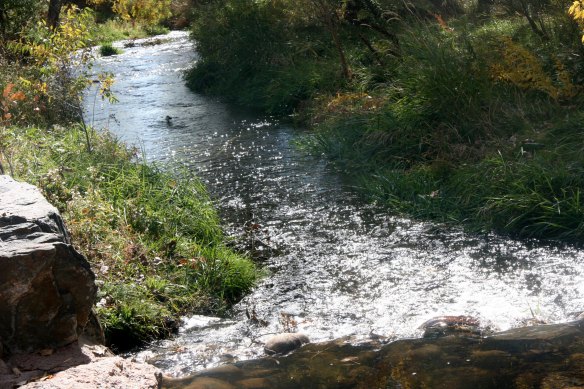 As usual, Davey found a stick to wave around.

On the way back, Davey found a big fallen log that he wanted to play on.  There was lots of big chunks of bark around which he thought was great fun.

Every walk usually includes a “ninja tinkle”.  This one was no exception.  Here, they were running back from way deep in the woods.

I tried to get Davey to walk down off the trail abit so that we could get a picture in front of this beautiful golden tree.  Davey decided to try it out, but as you can see from his expression, he changed his mind. 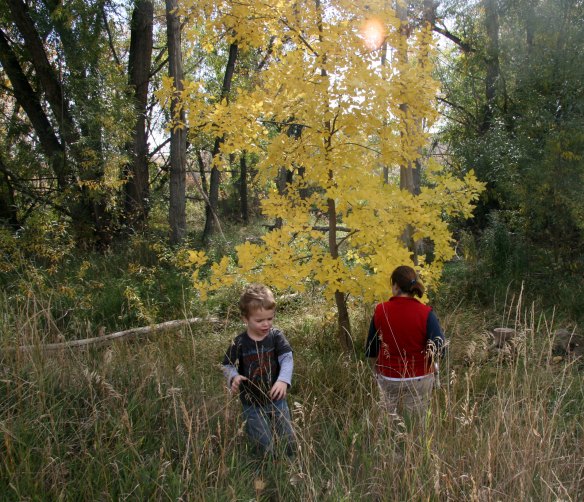 Walks also often end with Davey on David’s back.

4 thoughts on “Another Fall Sunday Walk”