We were so happy to have some special visitors a couple of nights ago.  Jason, a old good friend whom David met back when we lived in Dallas, spent the night on his way to San Francisco from Maine.  (We’ve becoming a great stopping point for those driving cross country on their way to San Francisco – my brother and sister-in-law came through on the same journey just a few weeks ago!)

So it was good to see Jason.  Davey was sad to see him go.  He told David, “He’s my old friend now too.”

Along with Jason came his two giant schnauzers named Summer and Dilemma.  Oh these are awesome dogs.  For one thing they don’t shed and they are hypoallergenic.  Better though were their personalities.  They were just hilarious but so friendly and sweet to little Davey.   He loved them immediately.

Trying to take pictures of the three of them was like trying to photograph the wind.  They were all in constant motion.  Many of my photographic attempts looked like this: 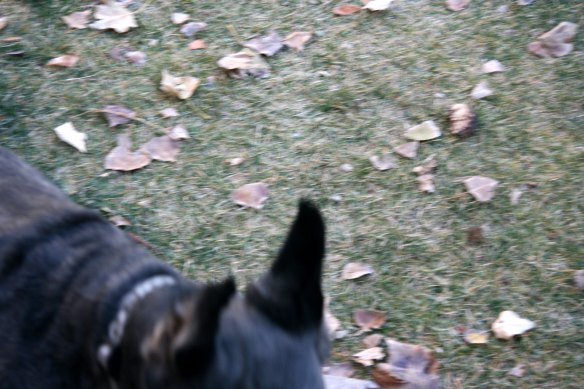 These are not small dogs.  While I love all dogs, I really love a big “neck-hugging” dog.

You’ll notice that Koko is nowhere to be found.  She tolerated the dogs fine, but she was not too interested.  She’s tired and these big dogs made her look like a little bitty girl.  She was not too thrilled about that.  She retired to her rooms upstairs.

Summer and Dilemma proceeded to take over the yard. 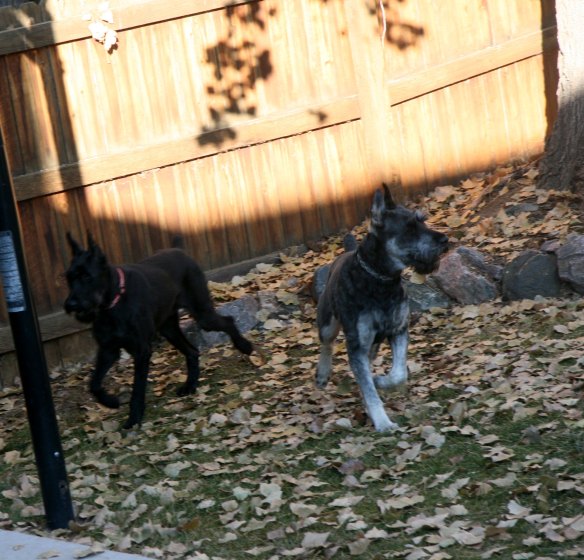 We were so happy to spend some with Jason and his beautiful dogs.

3 thoughts on “Summer and Dilemma”