Yesterday was Davey’s last soccer game for the fall.  The previous two games had been cancelled due to snow on the field.  So we had a final make-up yesterday.

For the past couple of days, we have experienced crazy crazy wind.  When we went to soccer yesterday morning, it was gusting up to 50 miles per hour.

Davey liked pretending that he was going to be blown away.

The wind didn’t stop him from jumping in there with some of his “fancy footwork”.

At times, the wind became too much for him and he needed a break.

But he quickly got back in there to play his game.

He even got his foot on the ball.  I think he was out of bounds when he decided to take it, but that was ok.

This woolly mountain guy was struggling in the wind as well. 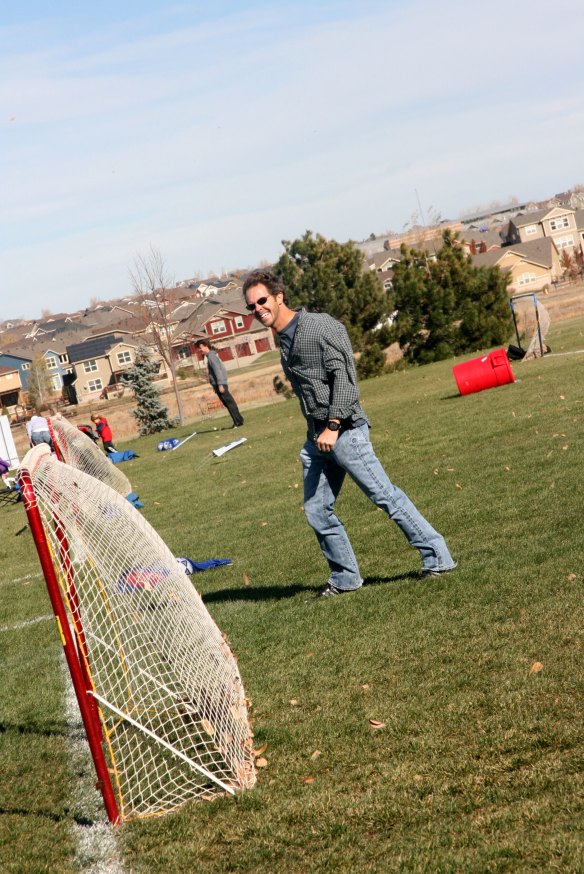 I love this shot that David got.  Big sky  and the kid in the tall blue hat.

Finally it was over (they ended early), and we had our last parent tunnel of the season. 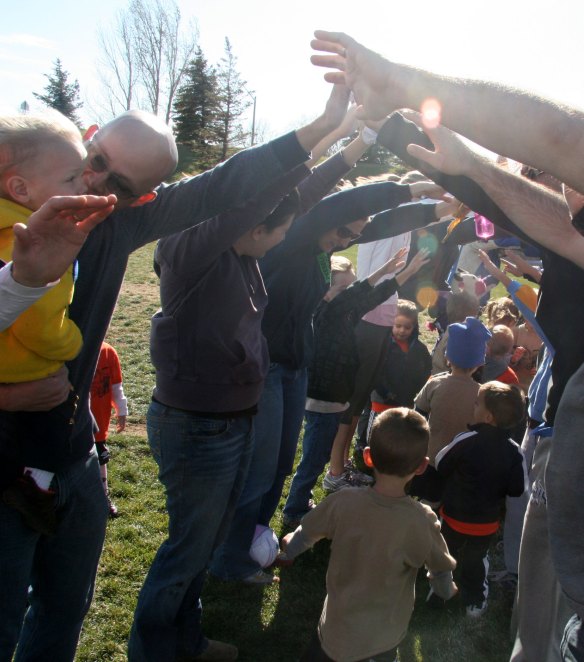 Davey waited (kinda patiently) for his medal.  (I have a goofy cameo in the upper lefthand corner of the photo.  Hands clasped and everything.) 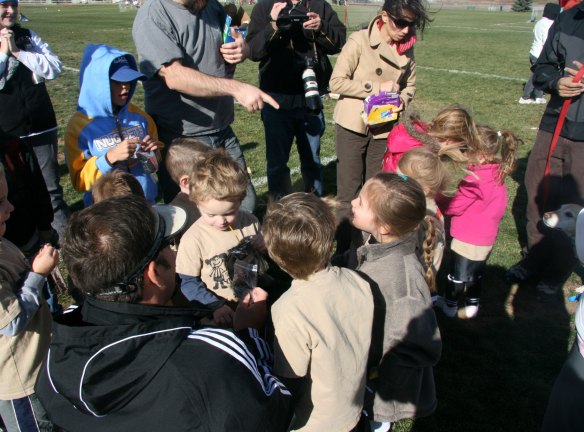 I presented him with his medal. 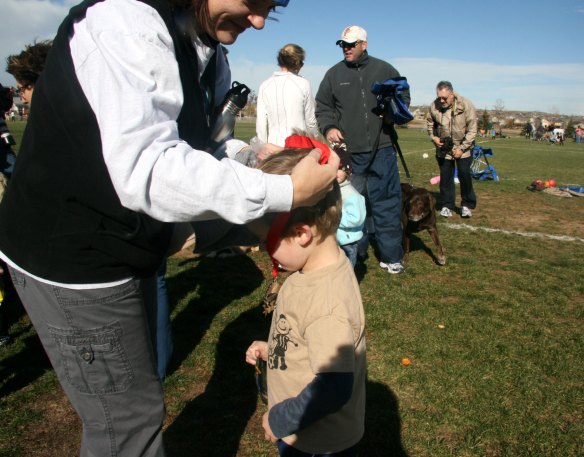 Davey was parched – I guess from the wind, and he could not be separated from his Capri Sun for long enough to take a picture!

So that’s the end of Davey’s very first soccer season.  In Spring, we will begin again.

5 thoughts on “Final Fall Soccer Game: Blown off the Field”