Davey got a Lego set on New Year’s Day, and he and David had a great time putting it together.  Davey needed assistance building it,  but he did really well following the instructions with David.  And now he loves playing with it.

I see a lot of Legos in our future.  David loved them as a kid too so I think he likes building with them again as much as Davey does.  I like to build with them too.

On this day however, I was not part of the Lego building process.  That was ok.  I sat in the beanbag near them, and I knitted. 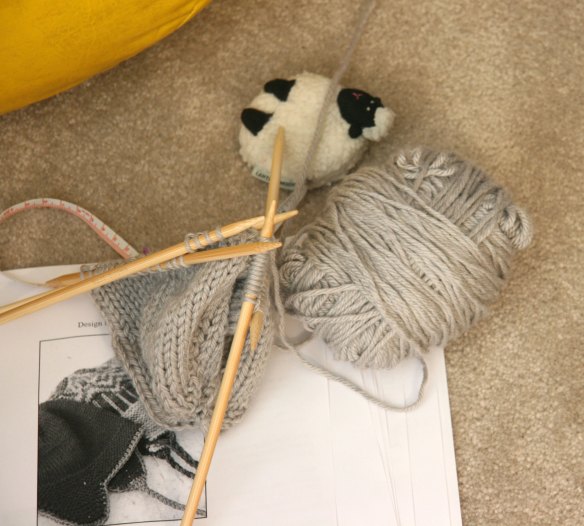 Yesterday, we painted.  Well, I helped pick out paint.  David did the painting with just a little help from Davey.

We had  two chocolate brown walls that we were not crazy about. 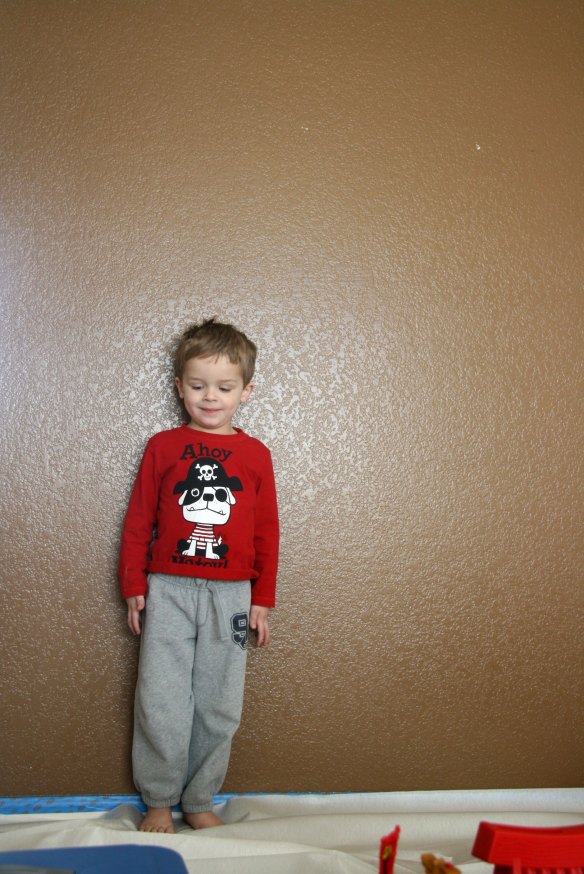 Davey wanted to help.  He kept a very close eye on Daddy to see just exactly how he was doing it.

Davey thought this was pretty neat. 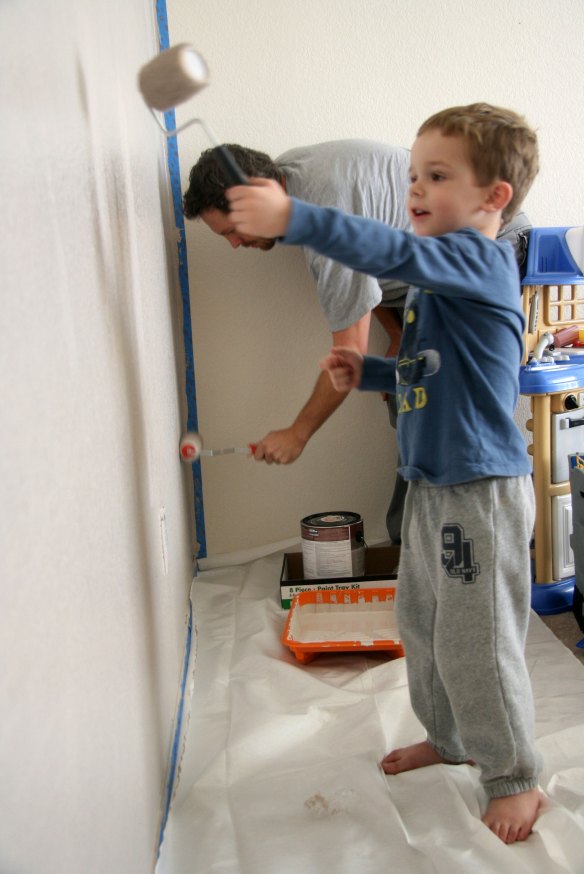 There was some type of gravitational force which drew Davey and Koko toward the wet walls.  Koko had to go outside for awhile.  Davey ended up with a paint coated elbow.  He tried hard to stay away from the wall, but he had troubles judging distance.  It was also irresistible to him.  He wanted to “check to see if the paint was dry”!

Wall painting was a success, and we are happy with the colors we chose!