I just finished knitting a sweet little baby cardigan for a friend of mine.  She’s expecting a little boy, and I am so excited for her. 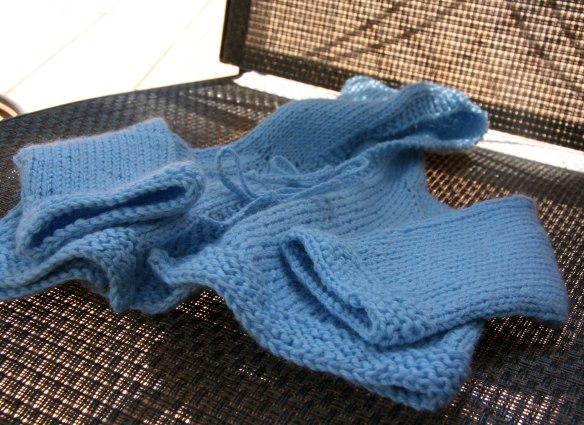 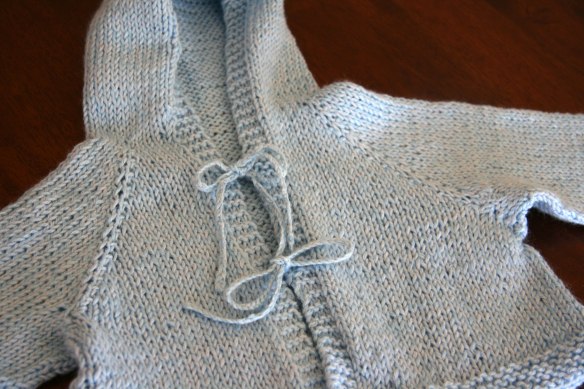 This is a free pattern called Easy Baby Cardigan by Diane Soucy.   I didn’t have a sweet 6 month old baby to model this on so Winkie The Rock Star Bear served as my model. 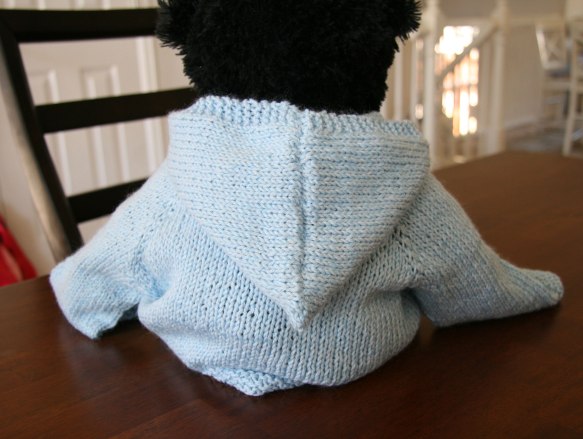 I love this little hood! 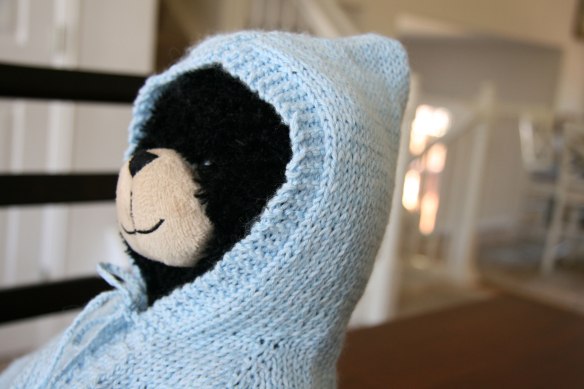 It has little ties on the front instead of buttons or a zipper.  At first, I wasn’t sure what I thought about the ties in this pattern, but I really like them.  They are really easy to just quickly tie once you slip the cardigan on.  I actually crocheted them as a simple chain.  You could also do an i-cord if you wanted to. 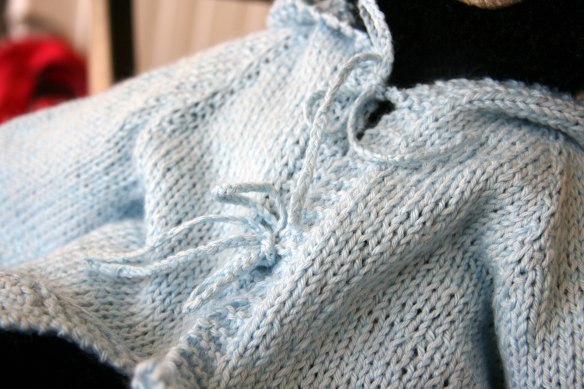 This is actually the second time that I made this cardigan.  I started knitting again when Davey was about a year old.  I made a scarf or two, then some houseshoes, and then I decided I wanted to knit Davey a sweater.

It’s a great first sweater pattern.  It’s really easy, although it was much easier for me this second time around.  The first time I made it, I didn’t know about simple things like slipping a marker (SM) or slipping a first stitch.  It seemed like I knitted and knitted and knitted forever before I got the back done.  It turned out nice though, and Davey wore it quite a bit. 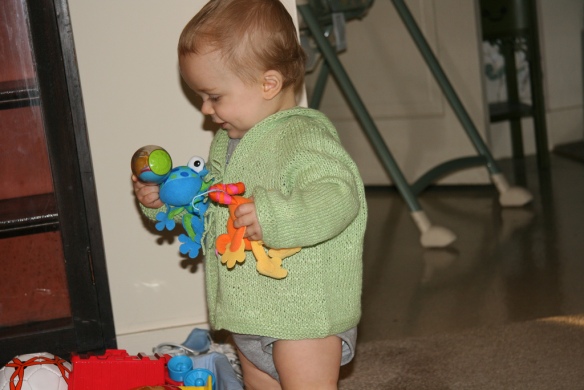 He was about 11 months old here and had just started walking I think. 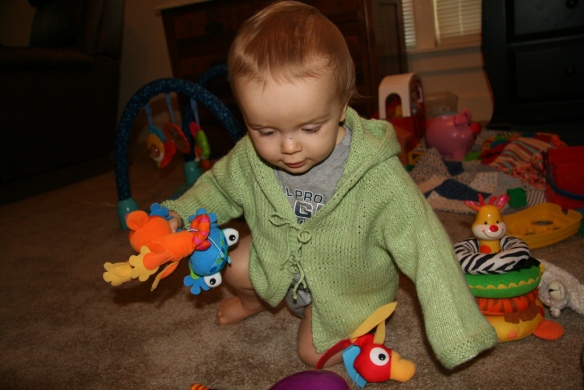 I made both of these with Little Lehigh Kraemer yarn.  It’s a 55/45 acrylic cotton blend, and it’s really nice to knit with.

Gosh, Davey sure is a little tot in these pictures!

2 thoughts on “A little knitting”