Yesterday, Davey and I decided to go to a park and have a picnic. We’ve gone from lots of snow last weekend to it being almost 70 degrees yesterday.

We decided to take Buster.  He immediately jumped in the car ready to go.

After relocating Buster to the back of the car, we headed out to Cotton Creek Park.

It’s a really pretty park in Westminster.  It sits up on a big hill, and so we had a really nice view of the mountains and the big sky.

Davey and I sat down to eat our lunch although Buster wanted his too and so immediately sneaked in and took half of Davey’s sandwich. 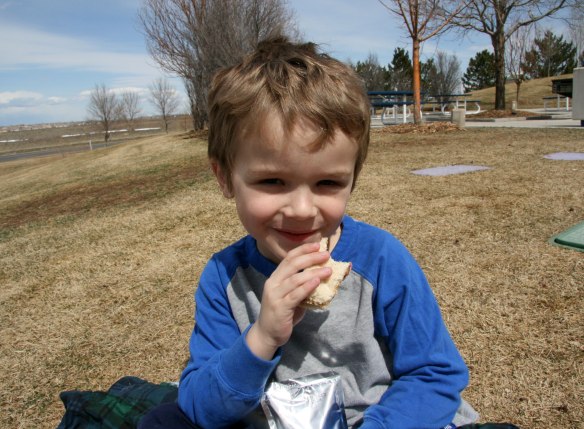 We forgave Buster of course. It is completely by accident that he is quickly developing a taste for human food.  We wanted to avoid it, but he’s figured out that following around a 5 year old can result in capturing some delicious treats.

Davey played on the playground for awhile.

Buster always had an eye on him. 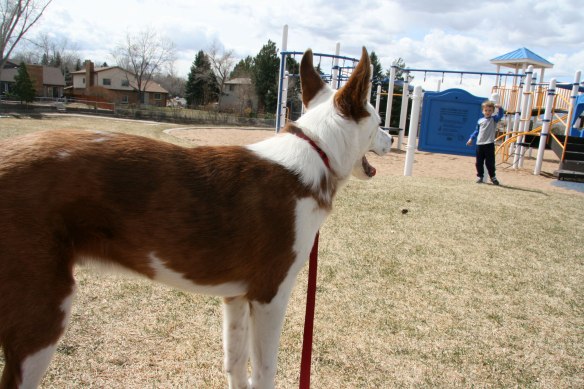 This is the more typical goofy Buster. Those ears!

As usual, Davey had some big imagining game going on which involved superheroes.

He did take a small break.  For just a moment.