I’m starting a new project with this yarn: 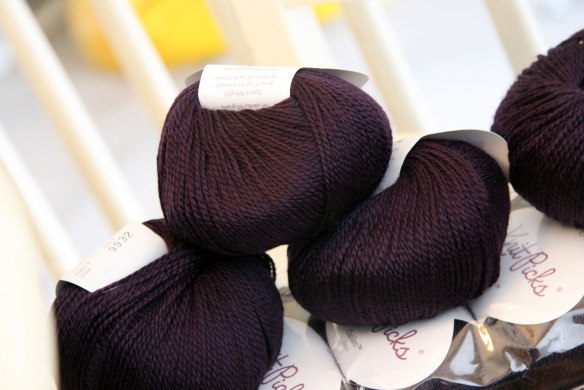 It is a beautiful sport weight bamboo/wool blend from Knit Picks.  It’s called Galileo, and the color is Nebula.  I’m going to make a shawl with it.

So back in October 2011, a friend of mine from Tennessee sent me a picture of a shawl.  She’d seen it on etsy, and she just wanted to show it to me since she knows I am a knitter.  We started talking and I told her that I’d be happy to make her a shawl sometime.  We chatted about it for a bit, and I told her that really, it was something I’d like to plan to do in the next year.

So in January 2013 (yes over a year later), I remembered that I had said that I’d love to knit that shawl for her.  I’d not totally forgotten about it; I’d actually kept an email reminder in my inbox saying “knit shawl for Debbie”.  (email reminders  to myself are the only way I remember to do anything.)

So in January, we started chatting about picking out a pattern and choosing the yarn.  I sent her several possibilities of patterns I’d found on ravelry.  She chose a shawl pattern called Regrowth.  Here’s a pretty good picture of what it will look like. 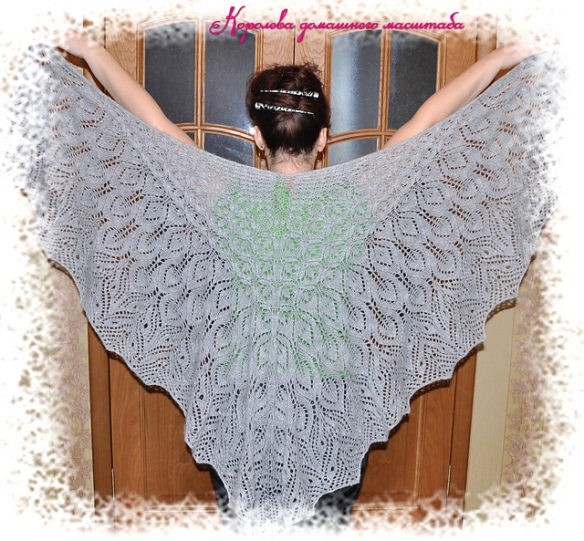 Next we had to decide on a yarn.  We messaged back and forth for several days trying to choose on a yarn.  She initially wanted to stay away from wool, but then she decided that some wool would be ok – and this yarn is so soft.  No scratchiness whatsoever.

Choosing the yarn was great fun, but it was the hard part!  I think she ordered and sent back 3 yarn orders because when she saw the yarn in person, the color didn’t look like she thought it would from the picture online.  It was worth the effort, because this yarn is so pretty and seems like it will be very nice to knit with.

It is a large shawl with lots of charts.  I like charts though.  It also has some Estonian stitches in it though.  Yikes!  I think I can figure them out though.  There is something called a 2-9 star where you turn two stitches into 9.  That may be crazy.  I’ll figure it out though.

So I plan to blog about my progress on this.  I can’t wait to get started.