On Thursday, I went to Davey’s pre-k to go to “Muffins with Moms”.  It was a lot of fun. They had worked on several songs which they sang to the moms.

They were a little shy singing in front of everyone.  They were very proud of their songs though.

They decorated the tabletops with pictures they made.  Davey drew this lovely flower. 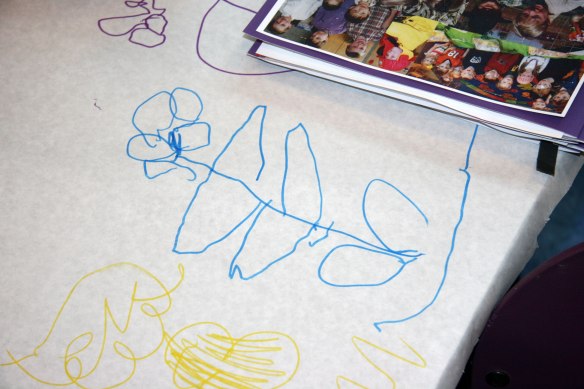 Then they brought us muffins and juice.  Davey was very careful transporting my muffin and then he brought me some tea.

They made us great little gifts too.  One of the gifts was a portfolio of their work.  It included artwork from the year, but it also had a page where they had written their name and had drawn a picture of themselves on the first day of the school.  Then their teachers had them repeat this on the last day of school.  It was really neat to see how his handwriting progressed and how his self portrait was drawn differently too.  It’s a treasure.

I took a picture of Davey with his gift, but he was more interested in getting back to his chocolate chip muffin!

I also had a couple of pictures from his half-birthday party.  He had had a lot of fun decorating the cookies. 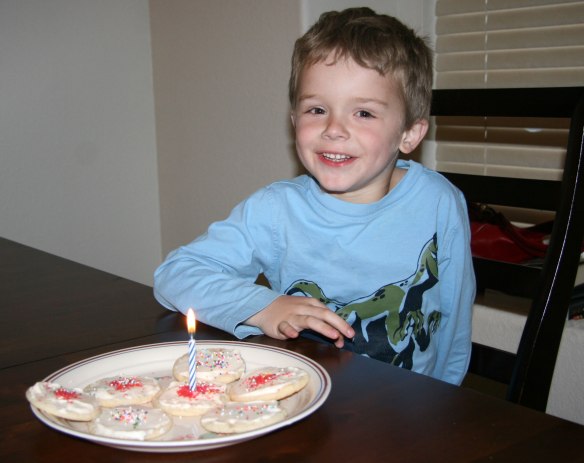 I love this one of him blowing out his candle.