Today Davey is 7.  It’s been quite a year of learning, accomplishments and fun.

When Davey turned 6, he had just started kindergarten. He couldn’t read.  He couldn’t ride a bike and he did not like to even put his face in the water at the pool.  He was probably 3 inches shorter, and he had all his teeth.  He’s lost 5 teeth now.

This year Davey learned how to read, and he has just recently exploded with his reading.  It’s amazing to me how kids learn to read.  Last fall, we were learning sight words, and now he is reading us stories. He also discovered that he really likes Math. He likes to try to add up numbers in his head, and he likes to think about multiplication.  Numbers are quite interesting to him.

He has decided that when he grows up he wants to be a marine biologist, own a cookie store, be a veterinarian, and I think he may have mentioned pediatrician as well.

This year Davey learned to ride his bike.  He’s grown so much that he had to get a new bike which he immediately hopped on and took off.  This led to mastering the scooter, and he loves to go “scooterin'”.

He started taekwondo this fall and has discovered that he loves it.  He and David are doing it together which makes it even better.  Davey loves sparring, and he almost has his first form down.  He can’t wait to test for his first belt.

This kid is so curious.  I love that.  We went to the eye doctor, and Davey wanted to know what every machine was and how it was used.  He loved seeing the pictures of his eye and learning about the different parts.  He is curious everywhere we go.  We went to a friend’s house the other night, and our friend has a lot of really interesting objects.  Old record players, clocks, artwork, and Davey wanted to know about all of it.  I learn a lot hanging out with Davey.

Davey is still an outgoing kid who has never met a stranger.  His heart is big, and he always wants to make sure his friends are doing ok.  If there is an unhappy child, Davey is right there to see if he can help.

Davey’s a good boy.  I tell him that he is the best little boy a mommy could ask for, and he kindly replies me that I am the best “medium sized mommy” a boy could ask for. 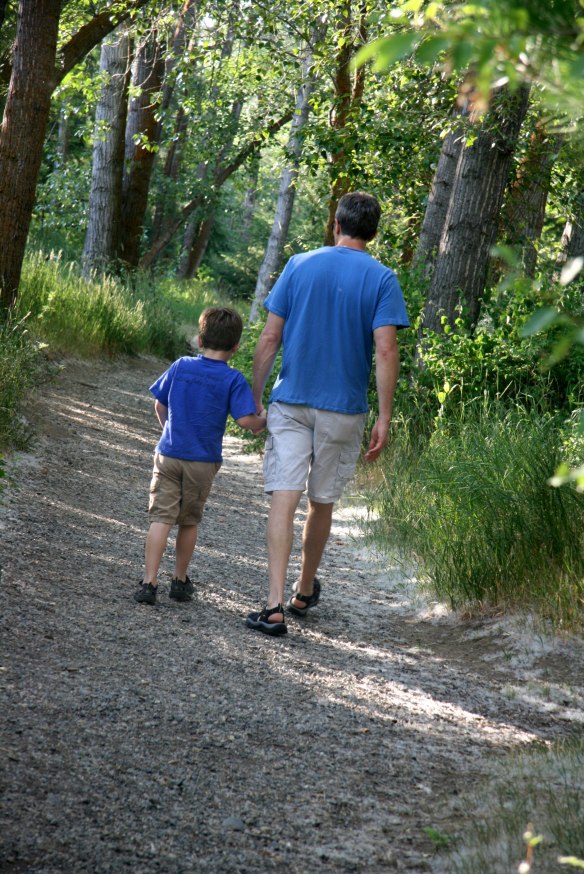