Two weeks ago we went to the Ouachita football game.  Davey kept talking about the Tiger Mascots. He liked the Tiger, and he also liked the lady Tiger.  He calls her “Princess Tiger”.  He was too bashful to go shake hands that night however.  So after he knew we were going to the game again on Saturday night, he said he wanted to shake hands with the Tiger!  Well once we got there, he was too bashful to shake their hands.  They were silly with him though and soon he warmed up to them.

Davey enjoyed watching the game with David, but just for a little while. 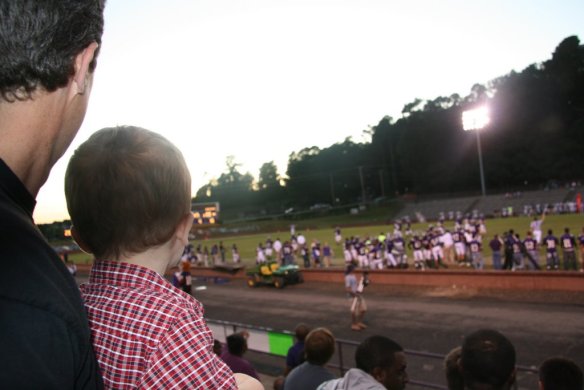 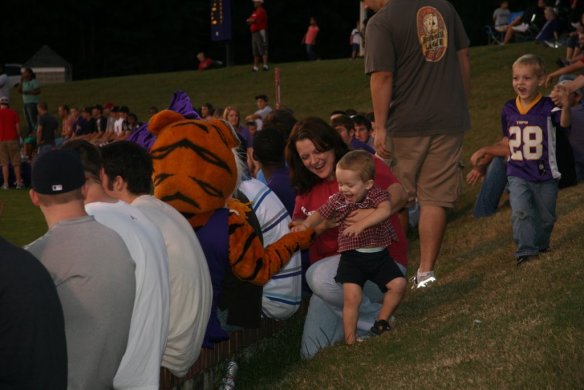