This afternoon when I got home, there was no sign of David or Davey.  I looked and found them in Davey’s closet.  It’s a pretty big closet, and he loves to play in there.  They were engaged in a puppet show.  David had set up a puppet show wall out of those big cardboard blocks.  Here were the primary characters – Cookie Monster and Duck: 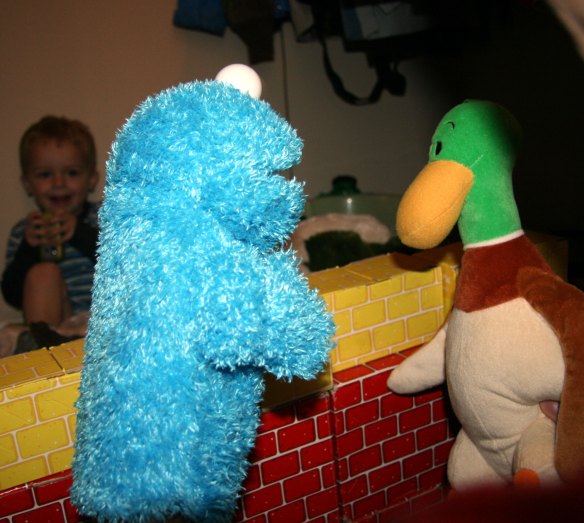 The basic plot was that Cookie Monster was trying to get Duck to talk to him, but all Duck would do is Quack.

Davey was falling over laughing.  He was having the greatest time listening to Daddy put on the puppet show. 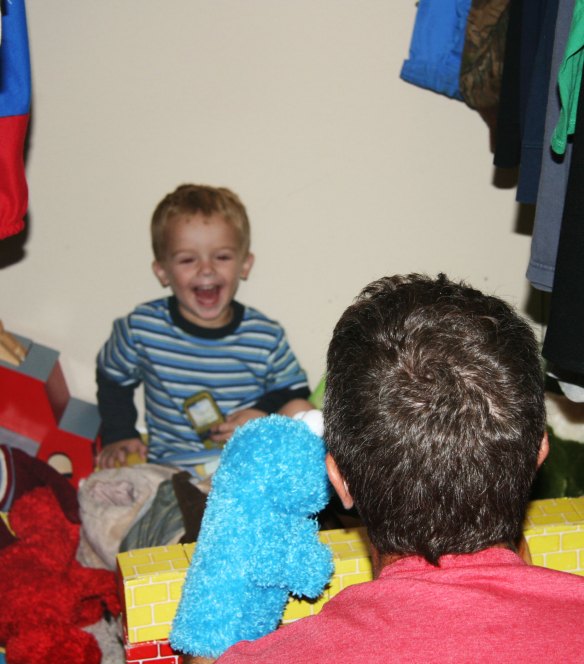 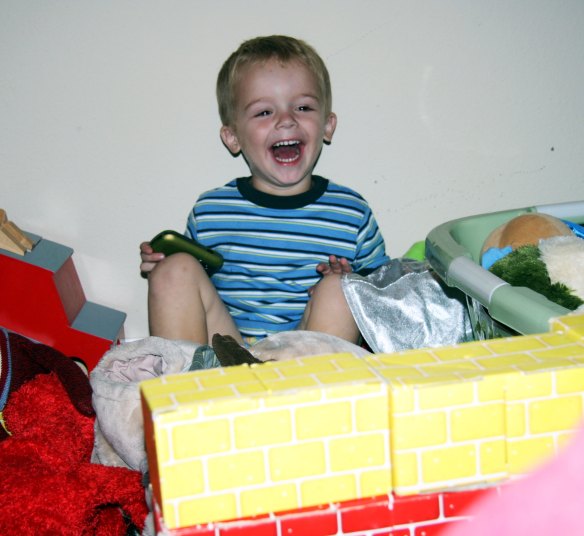 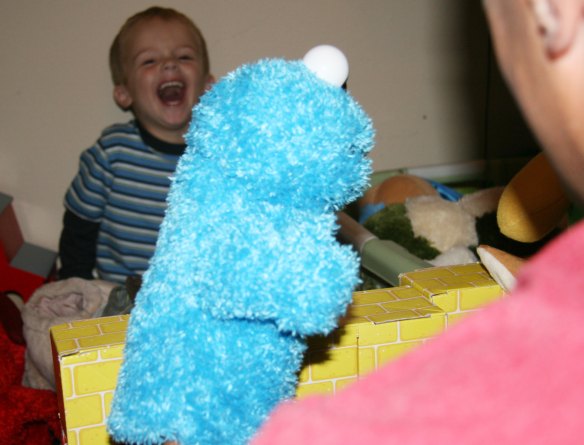 The result was hiccups galore!

And here’s our fall photo of Davey.   It’s kind of a tradition too.  We like to get those pictures of him playing in the leaves.  Here he is in his “leaf nest”. 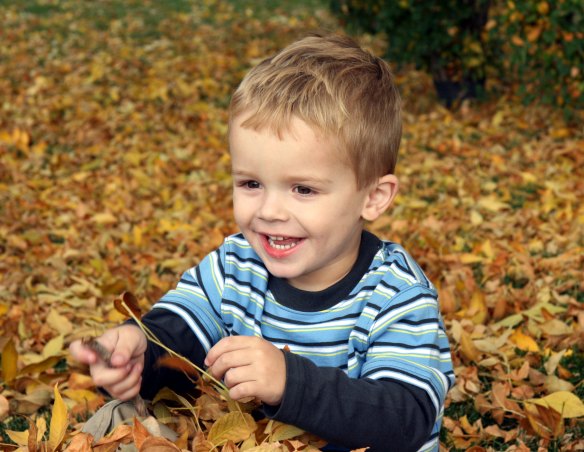