Yesterday we went to explore Evergreen.  It was a fun mountain town.

Davey enjoyed the wooden sidewalk.  Although his feet are not even touching the ground in this picture.  But what a long-legged booger! 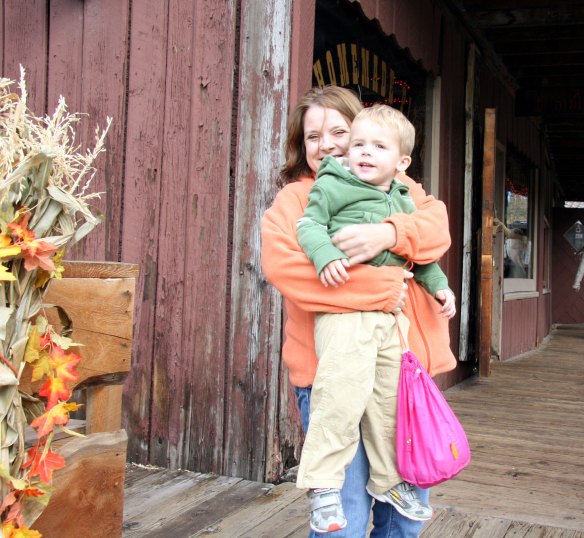 A picture with Daddy.

Another picture of Davey just because I liked it so much.  (I can tell already that this is going to be a rather picture heavy post.)

David and Davey had fun trying on hats.  David in particular I think.

I love it when he crouches down like that.  I guess I am also amazed by his ability to hold this position for so long. 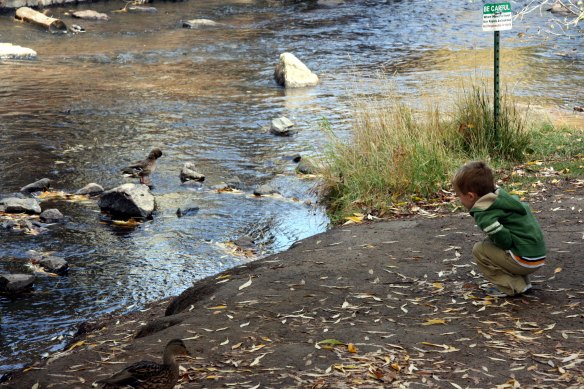 We took a different route going home which resulted  in us going by another Jefferson Open Space Park called Lair O’ the Bear.  It was beautiful there.  The fall colors are amazing.  I took about a skillion pictures, and David wants to go back today to fish. 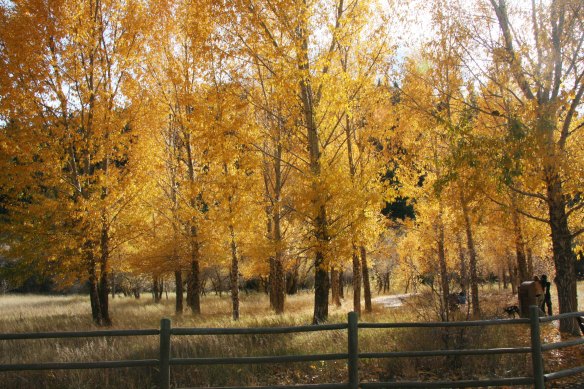 I observed a stealthy creature easing through the woods.

Davey gathered leaves.  Actually they were small boats that he wanted to put into the stream.

Here we’d just been watching a Chocolate Lab fetching a stick in the stream.  Over and over.  His name was Jazzy and he was only 10 months old.  I guess he sensed that he and Davey had their youth in common, so he kept running up to Davey.  Davey laughed and loved it.  Then came the two 100+ pound Newfoundlands.  Davey could have ridden them like ponies!  He enjoyed the dogs. 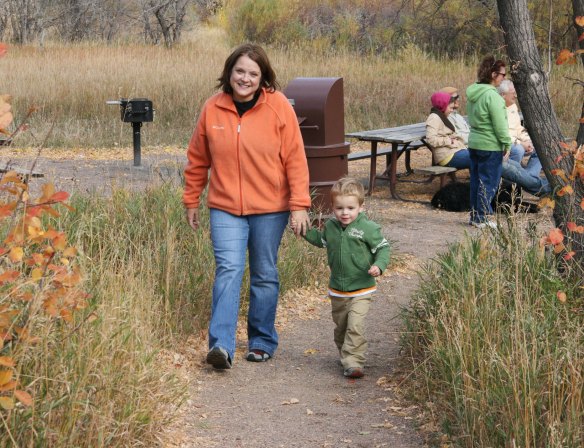 Davey did his happy run with Daddy as they ran down the trail. 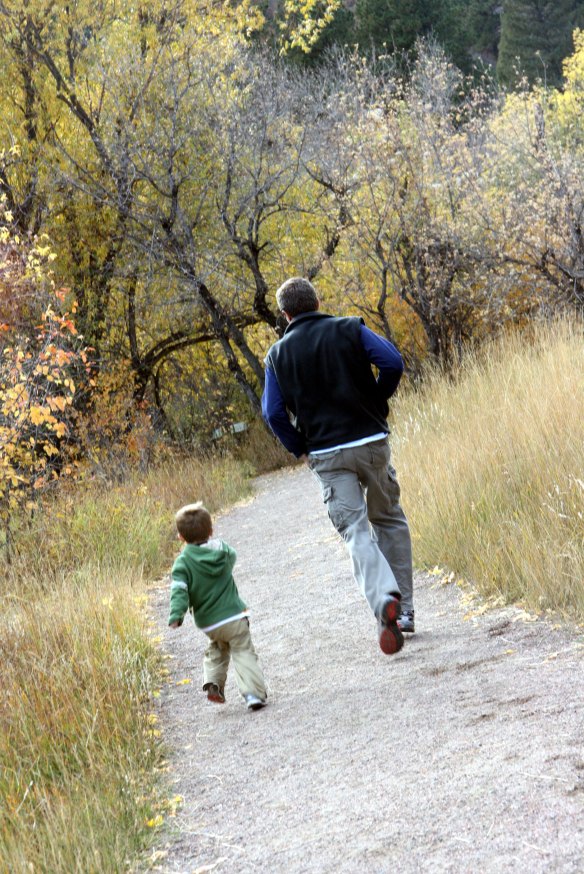 Davey liked getting up near the water.  David is right behind him with a very firm grip on his hood!

Finally we had to say goodbye to Lair O’ the Bear.

but – I think we are headed back to today.  David and maybe Davey will fish, and I want to take the puppies.  They will think they are in heaven out there!