Today while we were out and about, it started snowing.   It snowed a lot more than was initially forecast.  Once we slipped and slid home though, we were able to enjoy watching it fall down.  It was really coming down for awhile.

Late this afternoon, we all decided to go take the dogs out.  Once outside, we realized that this was a wet snow unlike the dry unpackable snow we had experienced up to this point.  So David took the dogs in, he came back out, and we started snowman building.

I had to briefly return to the apartment to search for snowman facemaking supplies.  I came up with a carrot, vanilla wafers, and chocolate chips.  The Canada geese may attack his poor face tonight.

Davey and the Friendly Snowman.

Davey and I had also built a little blob monster snowman.  Here he faces off with friendly snowman. 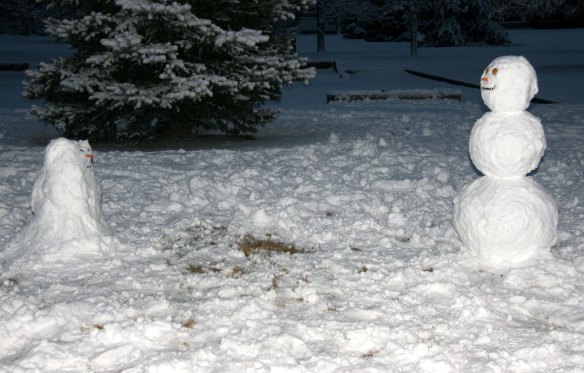 The Davids and Friendly Snowman 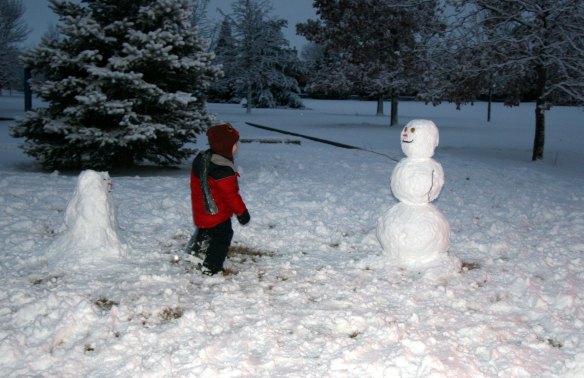 Once we finished with the snowmen, Davey had to go down the snowy slide.  He flies down that slide when it’s snowy. 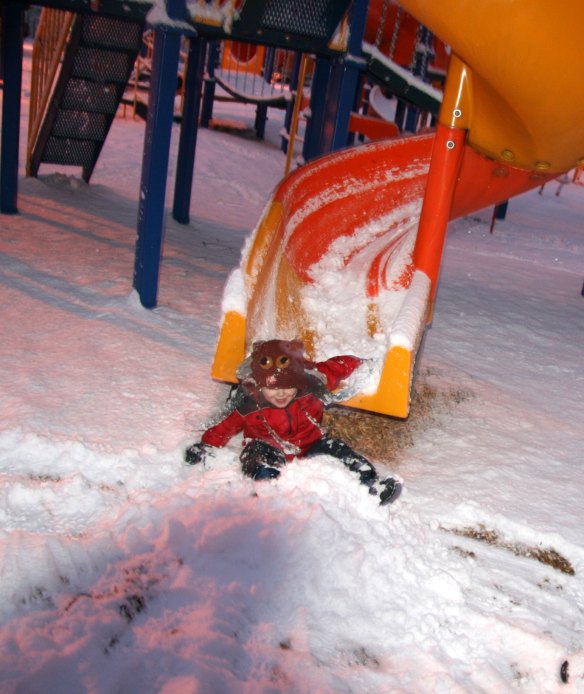 And finally he wanted to swing.  It was a little slippery for him to stay on the swing, so he decided that he wanted to swing Lucy.  Being an imaginary dog, she was somehow able to hold on, and she had a great time.

It finally was getting pretty dark so we had to come in.  It was not so cold today, so we were able to really enjoy being outside.  Fun stuff.