The other day I was knitting away on my fingerless mitts.  I was looking around on ravelry.com while I was knitting.  I happened on this pattern called “Pinwheel Purse”.  All I had to do was knit 5 small squares, join them together and then fold them into a charming little origami coin purse.  Little did I know that my attempt to do this would damage my self esteem and confidence and leave me wanting to attack those little squares with scissors to annihilate them.  Ok maybe it hasn’t really damaged my self esteem and confidence, but I did want to attack the squares and I did feel really dumb.

Things were still easy at this point in the process: 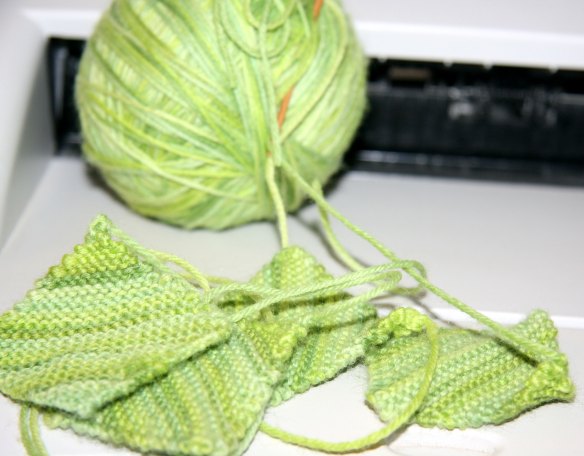 No problems here either:

Ok that’s not entirely true.  At this point, I’d failed at my first origami folding attempt, and I’d ripped the seams out of all the squares.  This is attempt 2 at sewing them up.  They are a little rough around the edges.

So then I resewed up my little box without a top. 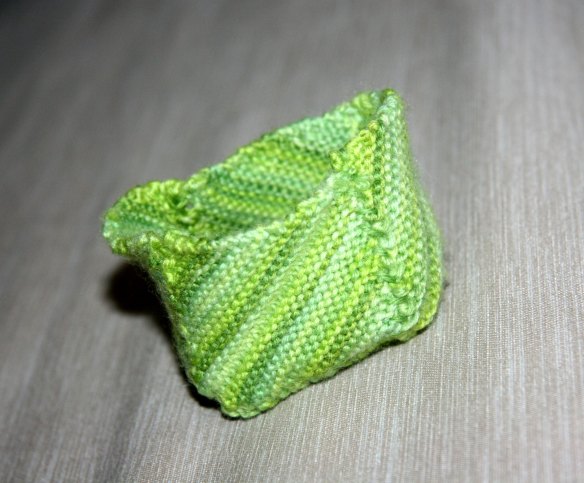 Now here I am trying to fold and pin that little sucker down. 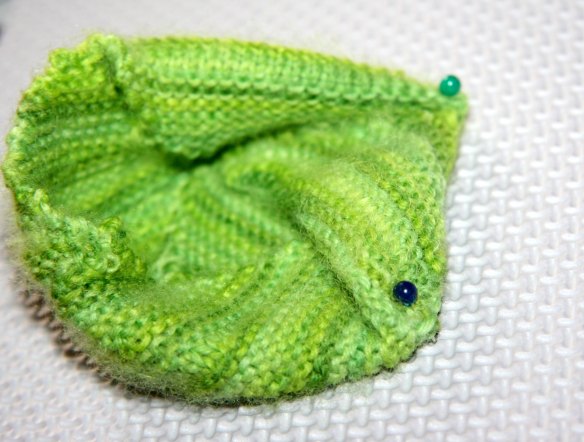 Then Davey took over the photography. 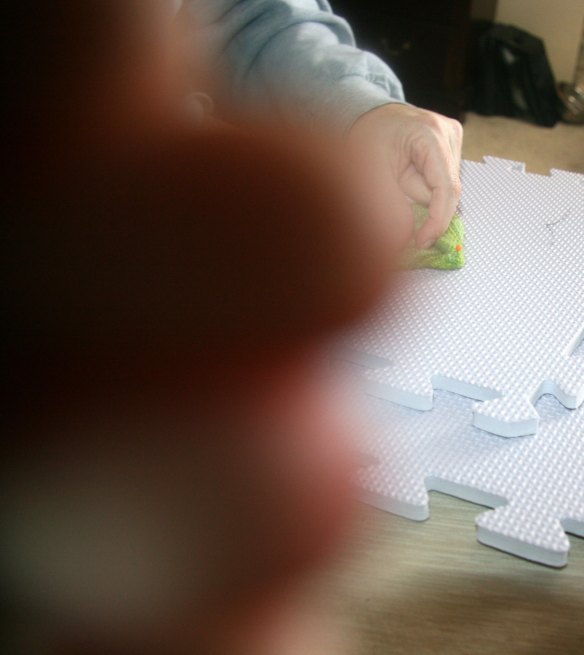 He got several photos of me trying to figure out how to fold that darn thing.  I may have given up for a moment at this point: 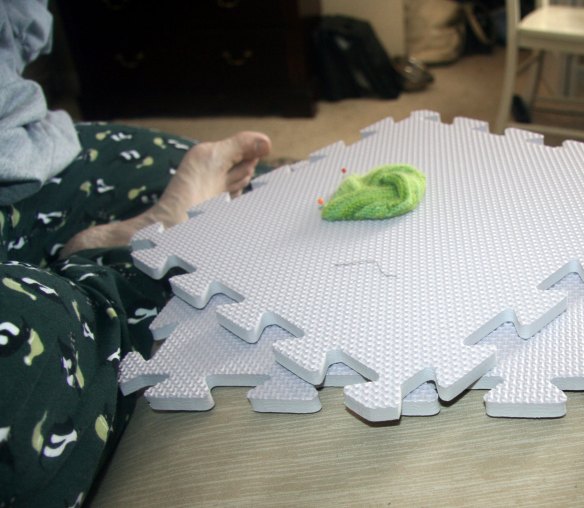 I went back to work.  Another nice one by Davey. 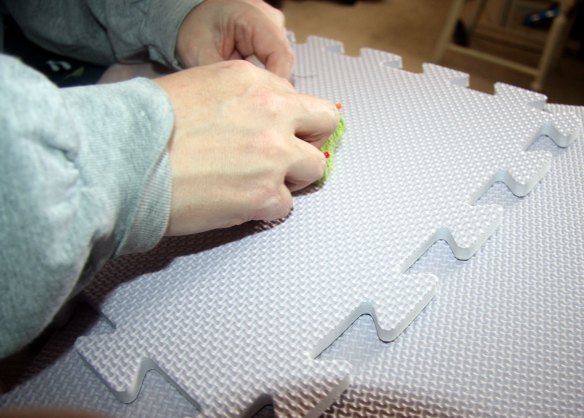 Finally, I had it all pinned down.  The thing is not even 2 inches square.  I pinned it and wet it down good.  It’s been sitting for over 24 hours now, and it is still not dry.  I think I oversaturated it in hopes that it would retain that shape well, but maybe more so that I can put off knowing if the darn thing worked. 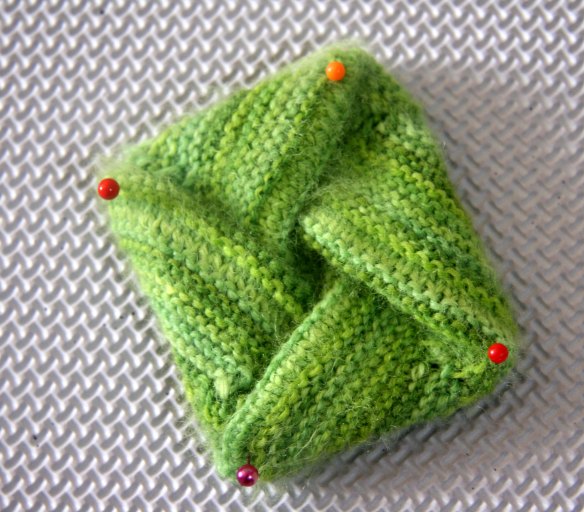 Trying to figure out how to fold those squares into that little spiral-like shape was way too hard for my brain.

So here’s a more joyful stress-free photo:  Davey in the bath.  He lines up all his little guys along the edge of the tub.  He talks and talks and makes up stories and scenarios, and we just listen.  He forgets we are there. Well, until I decided I had to interrupt and get a few photos.  He was good about it though.  “Let me see the picture Mommy!”