When David and I were in high school, we loved to go eat at Casa Bonita in Tulsa.  That was just a fine time.  We’d wait in line to get our “all you can eat Deluxe specials”.  This was in my early Mexican food eating days, so I thought it was great food.  My favorite part was always the sopapillas.

So now there are apparently two remaining Casa Bonitas.  I think the one in Tulsa is still open, and then there’s the one in Denver.

Last night we visited the Denver Casa Bonita. David’s brother Rob and his wife Angie are visiting Denver this week, so we all thought this would be a fun place to go.  It was.  Davey loved it.

The line was just like old times.  Davey waited patiently and not patiently.  It varied.  Here is David holding him for awhile. 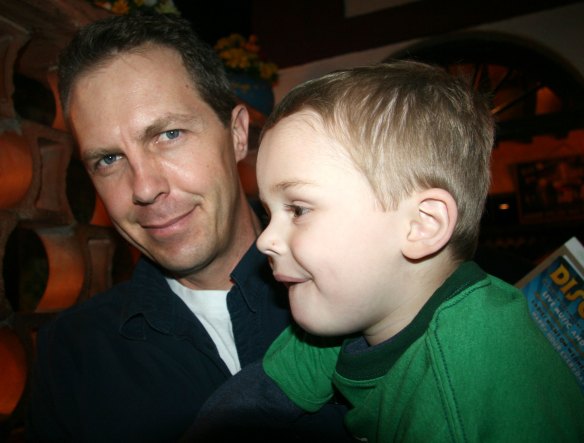 Eventually we got to our trays.

As we were guided to our seat, we saw an “ape” running by.  Apparently a man with a net chases him.

After we were seated, we were able to watch the “cliff divers”! and the mariachi band.

Davey took it all in.

Casa Bonita and the “flag”.  We always just loved the idea of raising that flag.  I don’t know why the flag was (is) so fascinating to us, but we’d raise the flag and here came our waiter to help us out.

And then came the lady with the lighted swords.  One look at Davey’s face, and we knew we could not resist his becoming a proud owner of the sword. 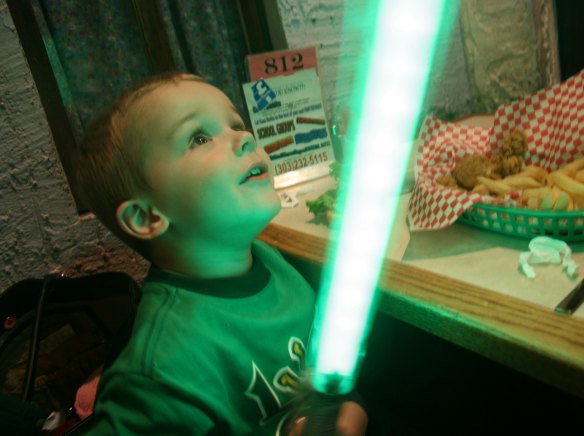 Davey did eat pretty well, once he was done building his “lettuce pasta” (he had a great time stacking the orange slices and lettuce leaves).

We played a few games and collected some tickets which were redeemed for a plastic something or other.    Davey liked skeeball.  He gets a lot of bang for the buck when he plays, as they always roll back to him several times.  He finally came up with a brilliant idea.  Why not dispense with rolling them and instead just give them a nice hard throw.  David and I finished the balls up pretty quickly after that.

As we got ready to leave, I wanted to take a picture of Davey with his Uncle Rob and Aunt Angie.  Davey really didn’t want any part of it.  I asked them to move in quick.  I did what I could to get Davey in there. 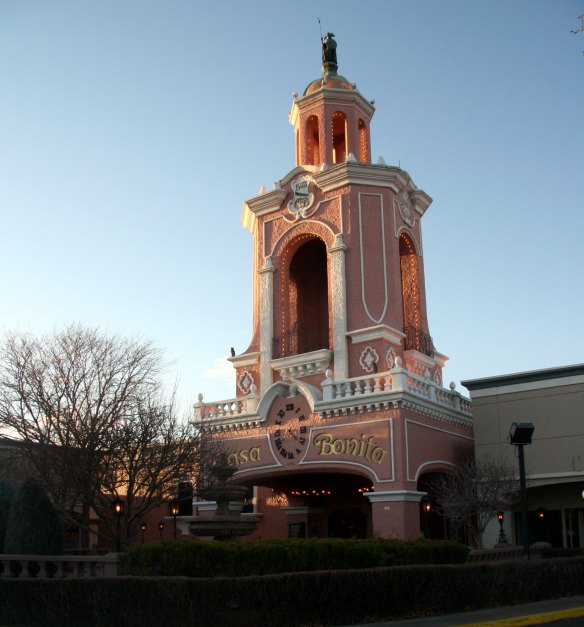