I am having a good time with the Wendy Johnson knit-a-long.  I had a brief period of panic when I realized that I didn’t have enough yarn, and that the color had been discontinued, but I found it online and a skein arrived today.  Yay.

Photos don’t do clumped up unblocked lace much justice, but here is where I am. 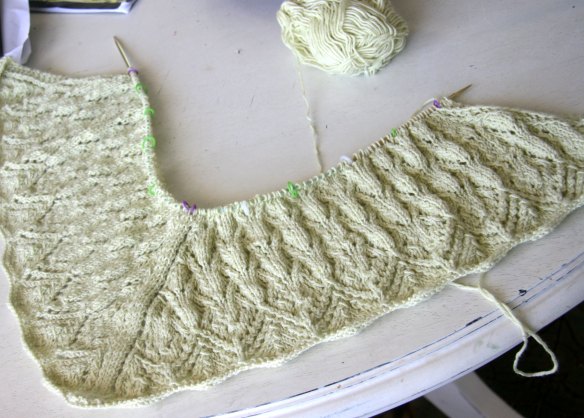 It’s getting warm in Colorado too!  Davey and I spent some time outside this afternoon.  He got out the bowls and water.

The dark shadow to his left in this picture is the Koko Puff.  She was curious to see what he was doing.   (she’s also learned that where he is, there are also usually crumbs nearby.  Crumbs or some type of delicious morsels which she will attempt to pilfer.) 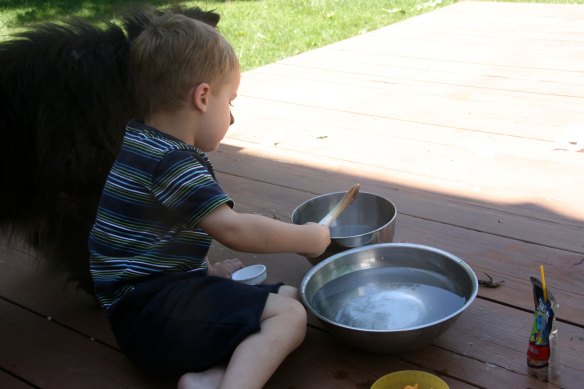 Davey was performing an experiment,  and apparently it was serious business. (I also seriously need to sweep the porch.  The wind howled last night and the yard was a mess this morning!) 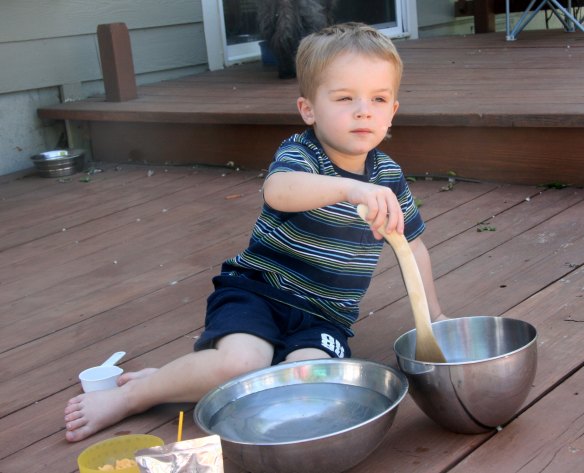 I tried to coax a smile out of him. 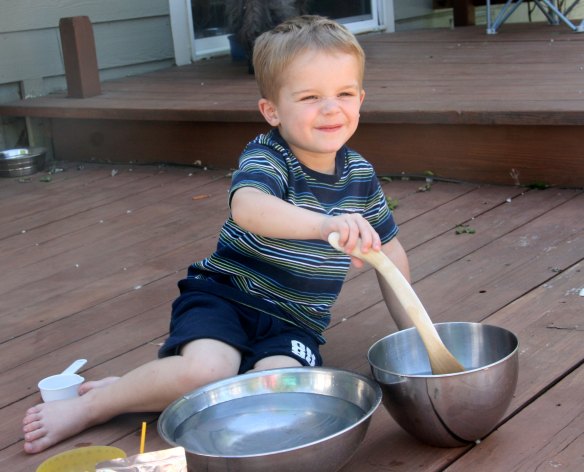 He tried to resist.

But he just couldn’t do it. 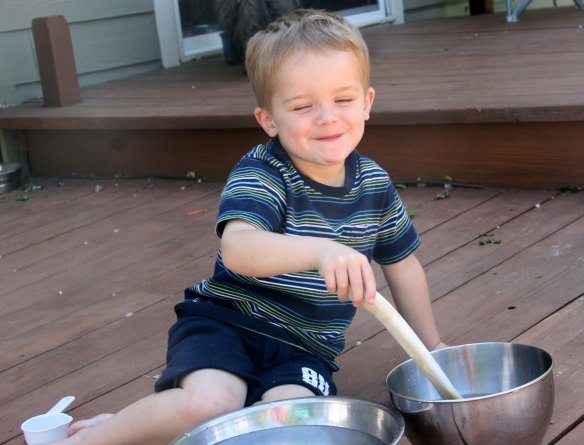 7 thoughts on “Mystery Knit-a-long and Don’t you Smile!”