I was making my bowl of cereal this morning and thinking about coming downstairs to write my blog.   Davey was eating his cereal and watching Agent Oso.

As I was fixing my cereal, I noticed a puddle on the counter next to the stove.  It looked kinda golden and thick.  Honey.  The other day I’d put a jar of honey in the cabinet right above.  Sure enough, when I opened it there was the jar on its side, and the entire shelf was almost covered in honey  (Someone had not screwed the lid on correctly.  (Someone = me.)).

Ugh.  Honey is not easy to clean up.   However, I’ve learned that a bowl of really hot water and a rag works ok.

Ok  now that that’s cleaned up, I can write my blog (although I worry that I will find remnants of stickiness forever – more likely David will).

We’ve got to leave for tumblin’ in a little bit.  Koko’s outside for the moment.  She’s doing better I think.  She can kinda tumble/stumble down the stairs now.  She Hates to be picked up and brought down the stairs.  She about panics.  So I try to guide her the best I can.

So yesterday we took Davey to tadpoles and I got a few pictures.

Here he was working on his beginning stroke.  What form!

They look a little unsure here. 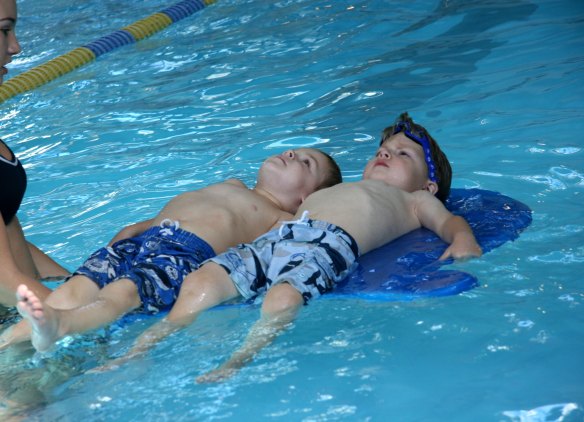 This week at the end of class, they have been swinging on a rope into the water.

Davey does great.  He’s never really on his own on the rope, but still, I am proud of how much more comfortable he is in the water. 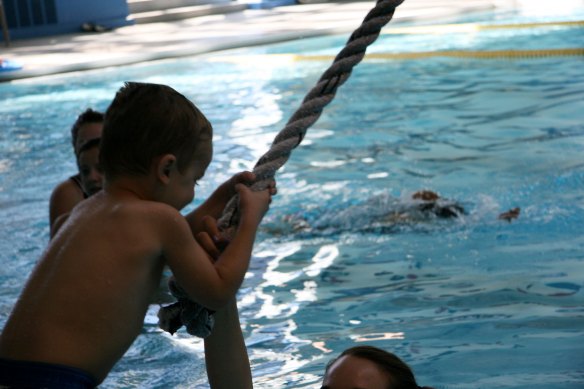 He had an extra good day, because I think the teacher forgot to take him underwater.  They usually do it at the beginning of class, and he still doesn’t like it much.

We’ve gotten into a habit of stopping at McDonald’s on the way home.  Davey has been trying to get all the Clone War Star Wars guys, and I think he has them now.

David and Davey played a little too.  Davey looks like he knows what he is doing here.

He has no idea, but he has fun anyway. 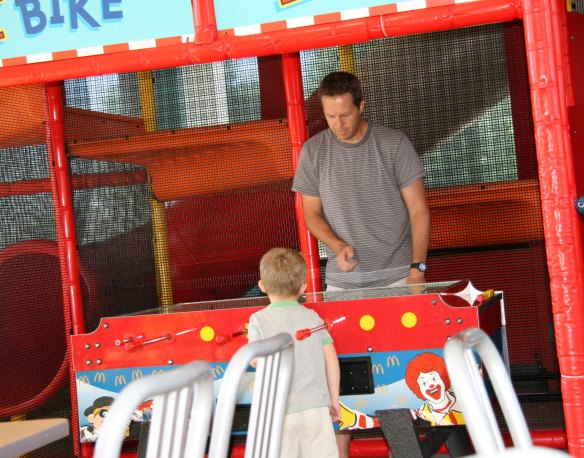 Ok time to get going!

3 thoughts on “Honey of a Morning”