My sister and family are here.  They arrived Sunday, and we are having a great time!  Monday we went to Pike’s Peak and took a train to the top.  Maybe I’ll post some pictures of that as well, but today we went to Breckenridge.

Davey loves walking hand in hand with his cousins. 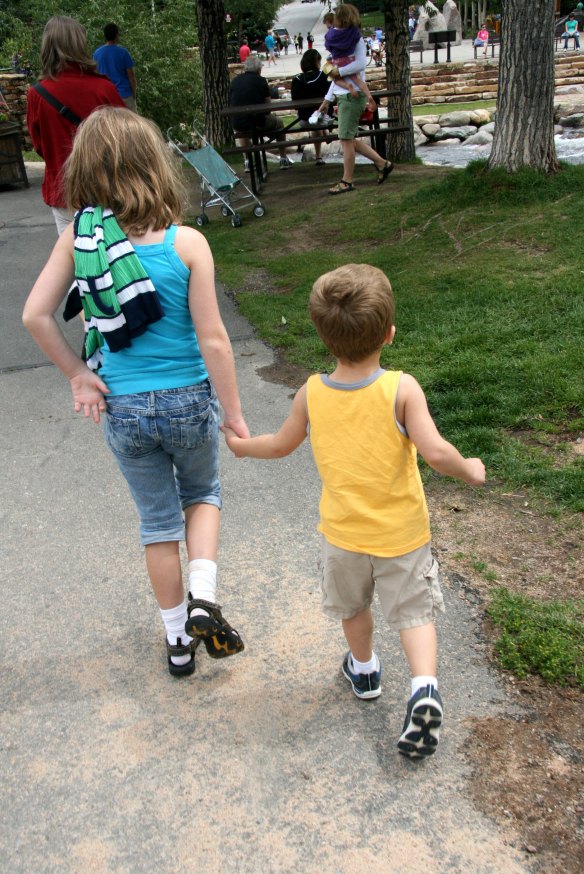 We walked around Breckenridge and had lunch.  One of the main things that we’d wanted to do was to go down the alpine slide.  This involved a trip up the mountain in the gondola which is a totally enclosed ski lift.

But.  David doesn’t like heights much.   Davey was sympathetic and kept a tight grip on David’s hand. 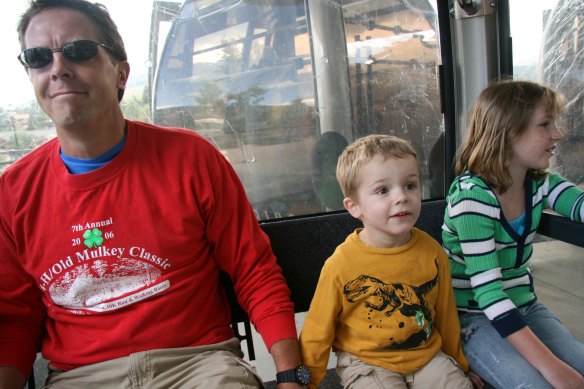 Davey had found something to be hilarious here.  I can’t remember what exactly, but I love his forward leaning laugh. 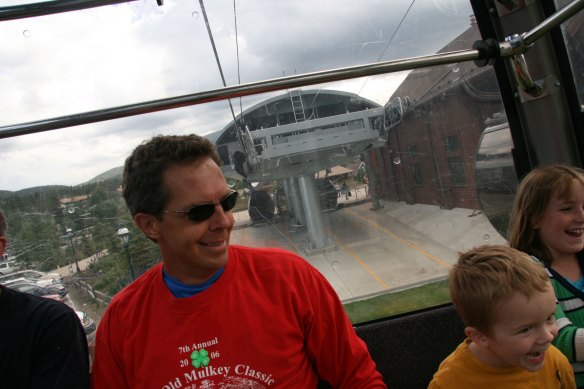 David was not enjoying himself much.  We were all having too much fun with it (He was too though – despite his discomfort of being suspended in the air, high above the ground).

It was at this point that he said, “If you rock the gondola, I’ll knock you out cold.”  You can tell we were worried. 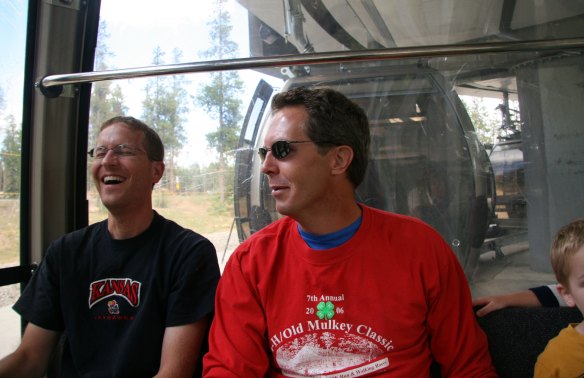 Davey did also keep a watchful eye for his Daddy. 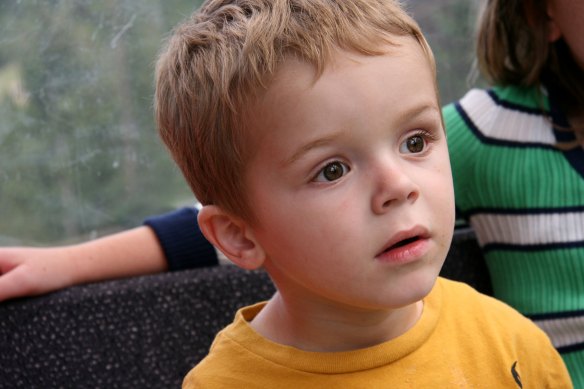 But then it was more fun and a fist bump with Uncle Kev. 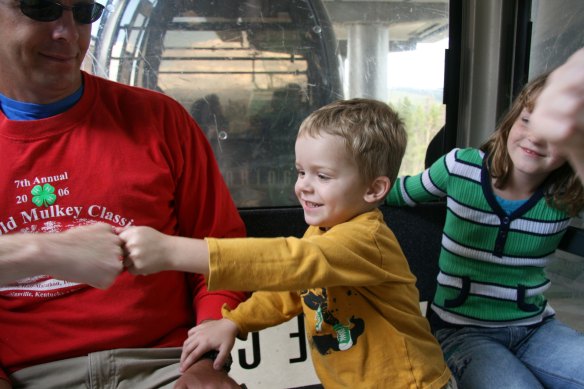 Davey was too small for the alpine slide (well we didn’t want to put him on the ski lift.  He could have ridden down with David).  So instead, he bounced in a bouncy house.  Then he “panned gold” with his cousins.  He loved that too. 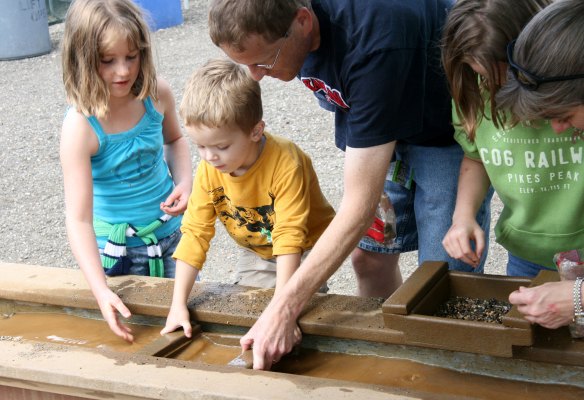 He thought this was just greater than great.  I don’t think he cared much about the panning, he just liked doing what his cousins were doing. 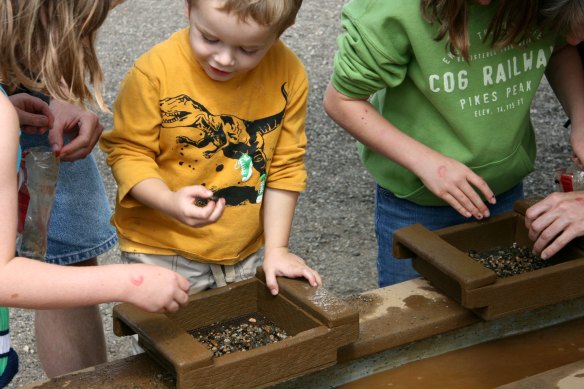 On the way back, Uncle Kev came up with a great game.  At each stop, the doors would open.  So Kev helpfully used his mind to shut the doors when we’d take off again.   Oh Davey thought this was great.  He wanted to use his mind too. 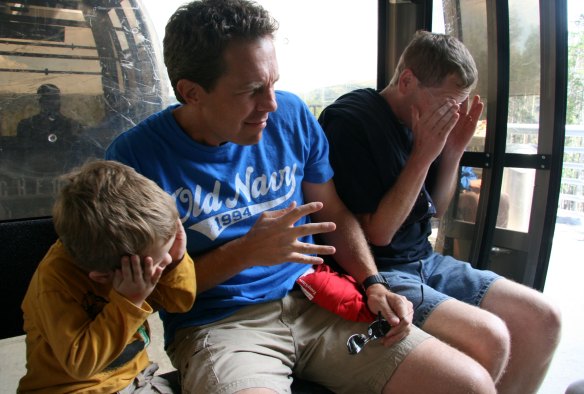 He really Worked his mind! 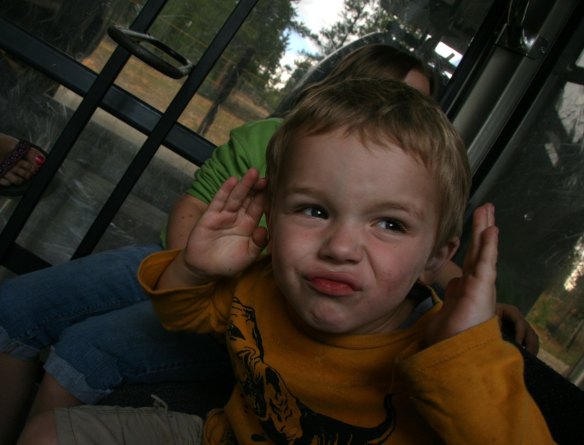 Thanks to the great minds, we made it safely off the gondola!