I finished my patchwork socks.  I’d joined a knit a long on ravelry, where the mission was to knit up a pair of socks using leftover sock yarn.  I have some of this, so I picked out yarns that I hoped would work well together.  I am happy with the result.  I love them lots actually.  They fit so nicely too.  The KAL was done by Susan B Anderson, and I used her pattern “How I Make My Socks“.

When I used to knit more socks, I’d get a picture of Davey’s feet in there with mine.  It’s been awhile, and his feet sure are growing!

Davey transferred to a Little Gym closer to our house and has been going there for the last 3 weeks.  He was actually going to karate at two gyms for a few weeks.  I was hoping this would ease the transition.  I think it has worked out well. So this resulted in him getting to participate in another big end of the year show. 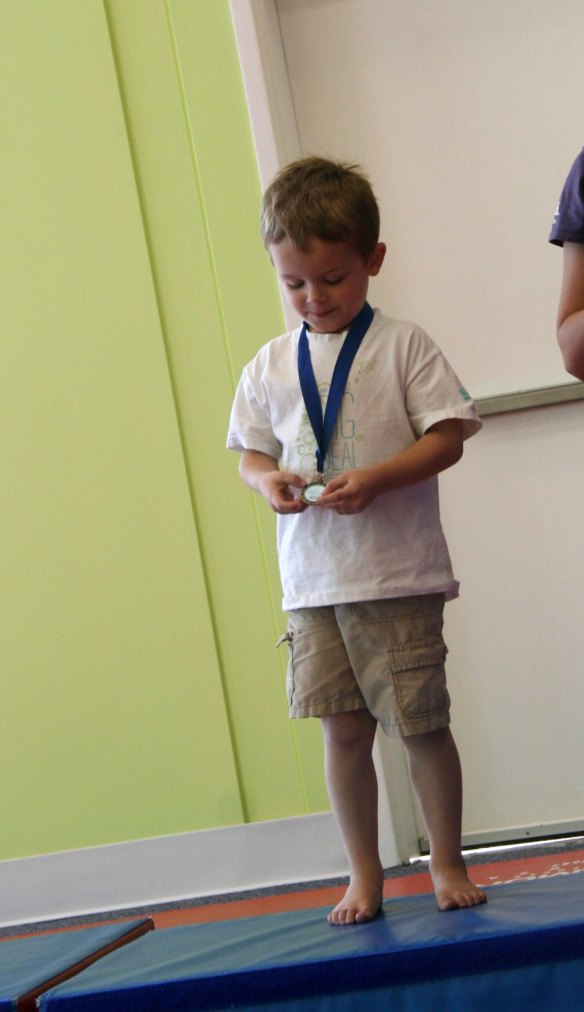 He was in the mood to crawl.  First he had fun crawling across the low beam.

And then across the high beam with a little help from his instructor. 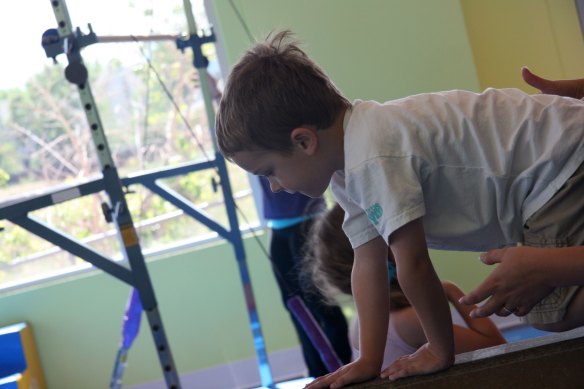 This evening he wanted to have a “pretend” love party for David.  So that meant that all the decorations, cake, candles and presents were all made of his cardboard blocks.  David received “5 Gold Watches”.  Davey insisted on a tripod for the camera as well.  Also created from more cardboard blocks. I like the result (except I’m looking rather scruffy and somewhat pale next to David!).  I love how Davey has his arms around us. 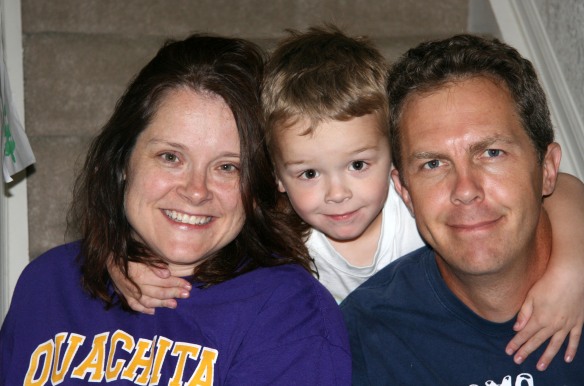 4 thoughts on “Patchwork socks are complete! And another Karate Show and Love Party!”