I’m knitting as fast as I can.  I have a couple of things that I really want to finish before we go to Oklahoma next week.  I can’t wait to put up pictures once I finish. One of the things I am working on is all stockinette so I can read and easily watch tv while I knit.  I’m even trying to combine grading and knitting although that doesn’t go quite as well.

I have to blog about a few things Davey has said lately so that I’ll have them recorded.

Our neighbors brought him some salt water taffy back from California.  And let me say it is the best salt water taffy I’ve ever eaten.  It’s from a place called Balboa Candy. I’ve never been that excited about salt water taffy, but you can taste the ocean (in a totally good way) in this stuff.  Ok.  I’m off topic abit, and you can guess who the primary consumer of the taffy has been.  Davey tried it, but it was not his favorite.  The little girls wanted to know how he liked it.  Davey told me, “I didn’t really like it that much, but I don’t want to hurt their feelings.”  This had him concerned.

He’s also been talking about what he wants to be when he grows up.  “Mommy, maybe a doctor.  Or a construction worker.  Or yeah!  I want to own a Walmart.  That way I can go look at the toys whenever I want to! (I imagine he would be equally happy to own a Target or Toys R Us)”.

He finished up a pre-k camp today.  It was 3 days a week for 4 weeks.  He loved it. His teacher told me today that he was such a pleasure to have in class, and that he was a leader in the class.  Apparently, he (as David put it) likes management and organization.

David asked him the other day whom he played with at school.  Davey said, “Well I play with the boys.  But I like playing with the girls too.  They are just sooo cute!” 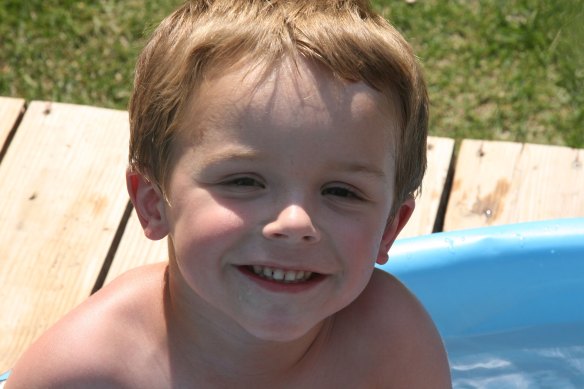 I think I posted this picture the other day, but it seemed like a good picture with which to end this post!