It’s been a pretty dry winter.  We’ve had snow a couple of times, but it’s always fallen at night.  I’ve been hoping to watch the snow fall during the day.  That happened today when it started snowing late this afternoon.  The snow consisted of big beautiful flakes, and Davey and I could not wait to go for a walk in it.

Davey, Buster and I headed outside and luckily just as we were headed out to walk around, here came David – home from school!  Love the big flakes in this picture.

Buster was very happy to be in the snow too.  He was sticking his nose into it, rolling around – showing his Siberian Husky lineage I think. 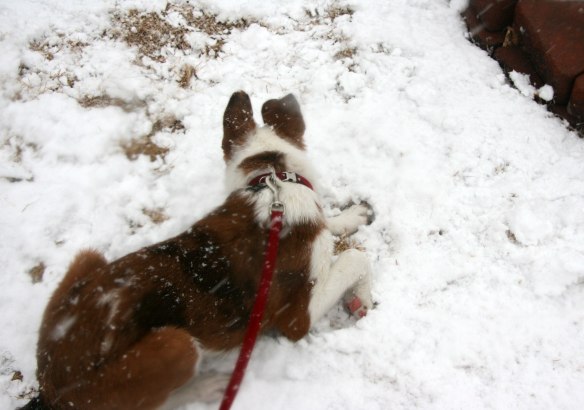 And I love this picture which shows off his hilarious tall floppy ears lineage. 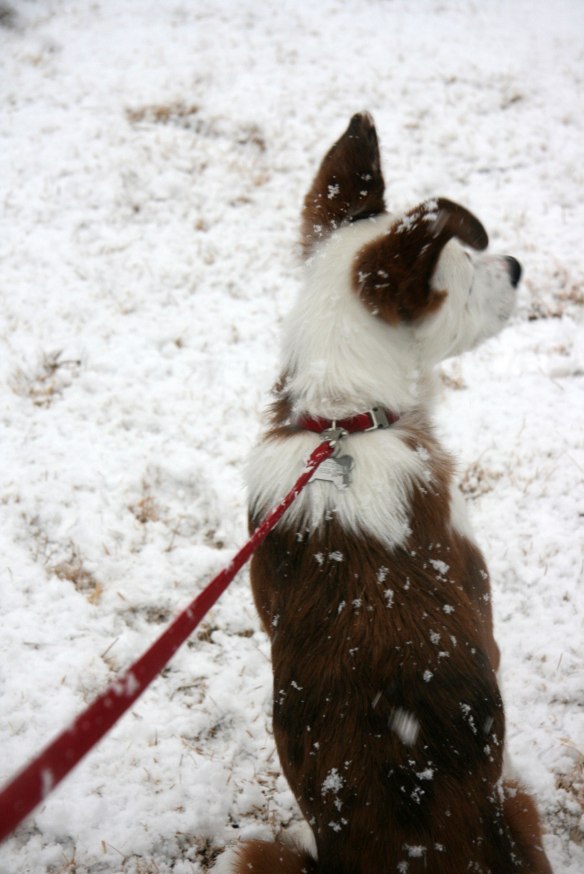 I wanted to try to take a picture of the landscape, but it was snowing so hard that my camera was getting wet.  So the result is a nice blur in the picture.  I kind of like the way it looks though.

Davey may have been running from coyotes in this picture (or more accurately – the suggestion of them). Well, there have been a lot of coyotes lately in the field there on the right, and I didn’t want him to get too far from David.  So I was reminding him of their possible presence.  (I wish you could hear them howling at night.  I’ve never heard anything quite like it even back in Oklahoma.)

And finally I got David, Davey and Buster to stand still for just a moment.