It’s been almost a week since St Patrick’s Day, but I wanted to post a few pictures about the fun things we did.

Davey was all into St Patrick’s Day this year.  He wanted to have a “party” so we decided on a craft and a green treat to make together.

Pinterest came in really handy for this, and we settled on making a rainbow and pot of gold.  This involved Froot Loops and goldfish.  And glue. 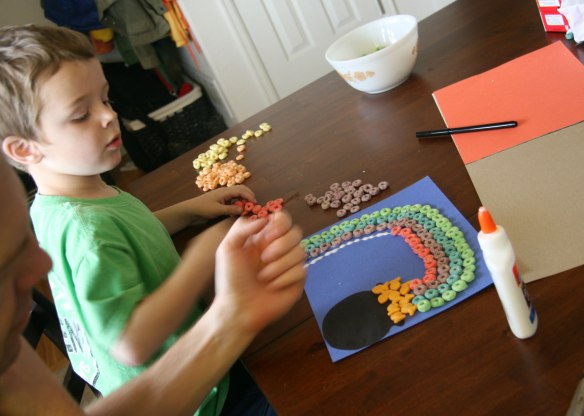 I sorted Froot Loops.  David applied glue, and Davey attached the Froot Loops (well a lot of them).

This final result was cute! 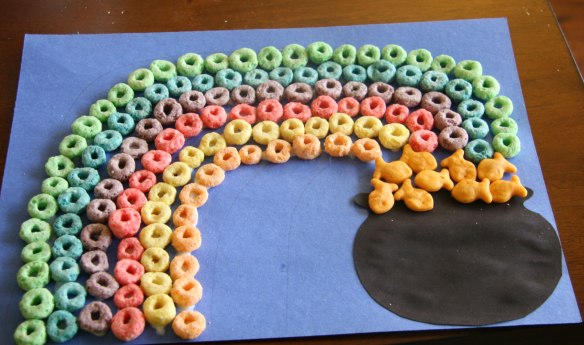 Within about 5 minutes of the completion of the pot of gold(fish), Buster jumped up and ate about 3 of the goldfish.  That was his contribution.

We made green cookies too.  This was a really easy recipe which involved sugar cookie mix, andes mints and chocolate chips. 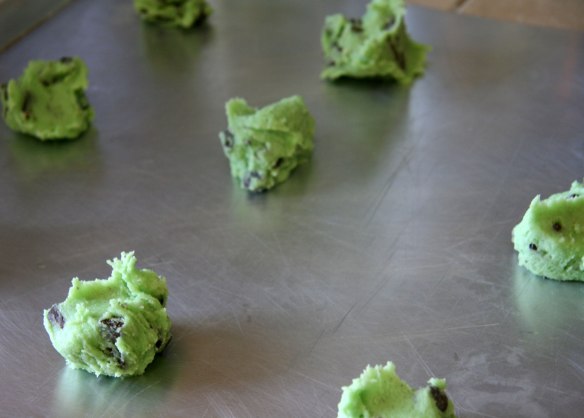 Davey refused to try a cookie.  I’ve realized he is somewhat of a purist (have to put a positive spin on his particular eating habits).  He likes sugar cookies, Andes mints, and chocolate chips – but he does not like them all mixed together.  Davey is not a fan of mixtures of any type.  (and of course the cookies were green – maybe not a selling point either!) But sugar-laden cookies -not a bad idea to refuse anyway! 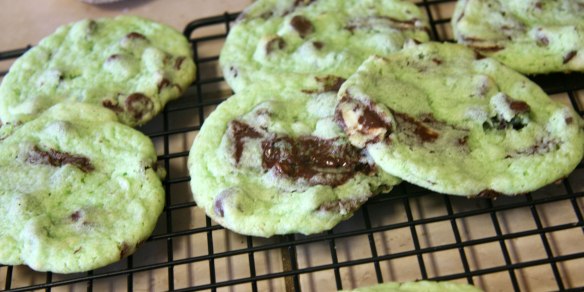 And then a short Buster story.  Buster is almost 6 months old and of course he likes to chew things.  He is in love with this Superman (who is about 3 inches tall?). 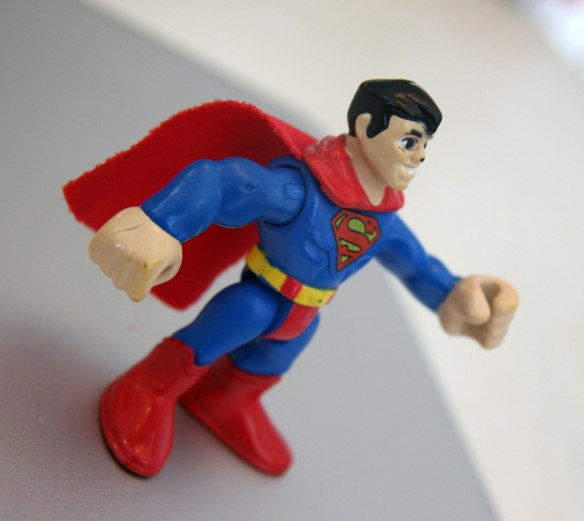 He will dig it specifically out of a tote with about 40 of these little guys.  I tested him.  He got it, and I took it away and reburied it in the bottom of the tote.  A minute later, he had found Superman and was carrying him across the room.  It’s all about the cape I think.  He was ready to annihilate the cape.   Superman is safely put away though.  For now.