We decided to try a new hike today.  There is a waterfall called Umtanum Falls about 10 miles out of town.  Such a pretty drive into the Yakima canyon.  There was also quite abit more snow out there then in town so Davey of course loved this.

The hike to the falls is about a mile walk.  It’s pretty flat and wasn’t too difficult except for being a little slick in areas.  There seemed to be a thick layer of ice covering the trail.  Fortunately enough snow had fallen to give us some traction. 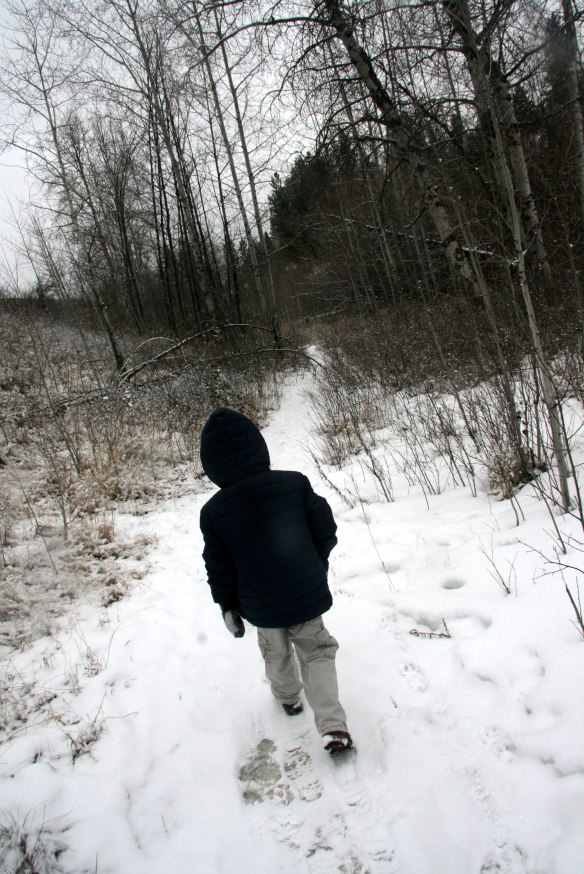 We encountered a few obstacles along the way.  Davey liked to name each obstacle.  This was the Animal Bridge.  Davey wanted to go under it, and apparently Buster wanted to go over it.  I went up and around it as I was not too interested in crawling through.

We challenged David to go under.  He assumed some kind of push-up position and scrambled through.

He came through in what I think is called upward facing dog. 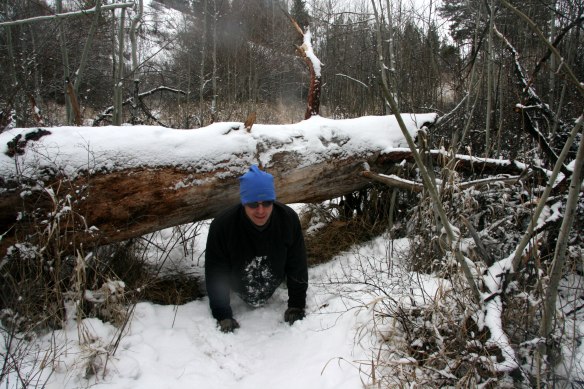 We went through a very pretty arbor (while it was so snowy and pretty,  I can’t wait to see the arbor and the rest of the trail in the late spring and again in the fall).

I think it was as we walked through the “arbor” that I noticed just these little clusters of green moss in the trees.  I was kind of fascinated by these little bits of color, plus they were also in one of my favorite shades of green.

We also passed by “The Field of Brown Sticks”.

Unfortunately, about a quarter of a mile from the falls (we think), we had to turn around.  The trail went into the woods and it just got too slick and icy.  So close!  But no fun to slip and slide either.  Here we were at our turnaround point. 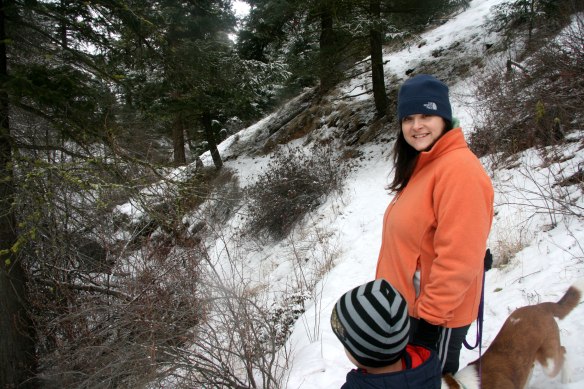 On the way back, Davey found what he called his “writing utensil”.  He kept writing warning messages in the snow along the trail.  “Icey Rode A Hed”!  (I think that’s pretty close to his spelling.  It was hard to tell for sure in the snow.)  I am so amazed by his emerging literacy.  All of a sudden, he can read.  He’s writing words completely out of his head!  I love watching this happen.

So the plan is to return and try this again after the ice melts and the mud dries. 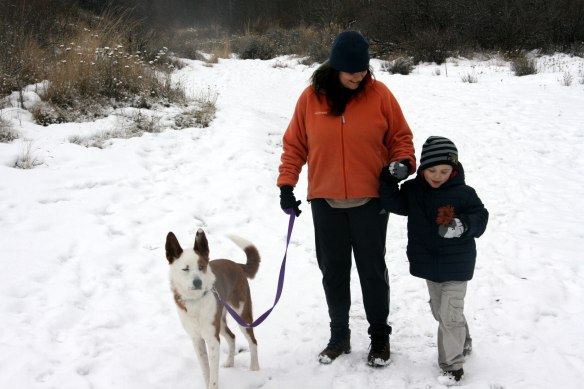