Then he thought of a new game called “Mommy Take a Picture of Me”.

“Mommy Take a Picture of me!”  and then he runs away as fast as he can. 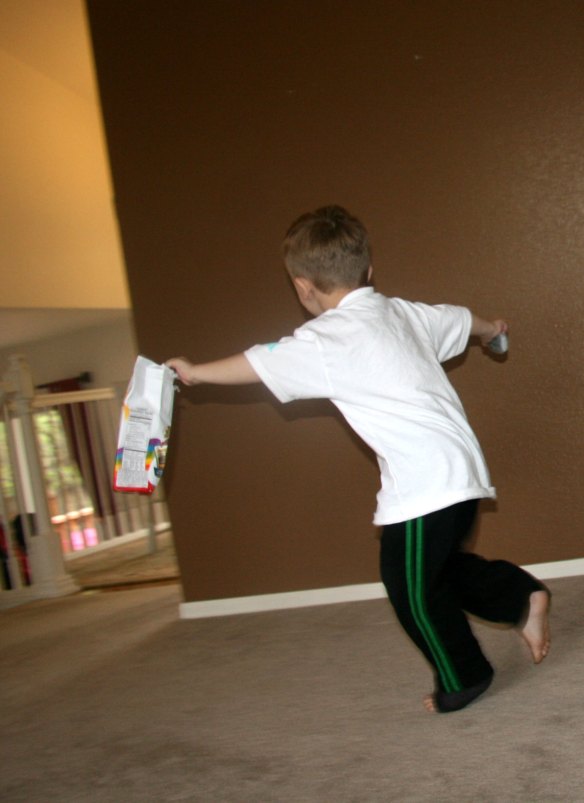 “Mommy Take a Picture of Me!” 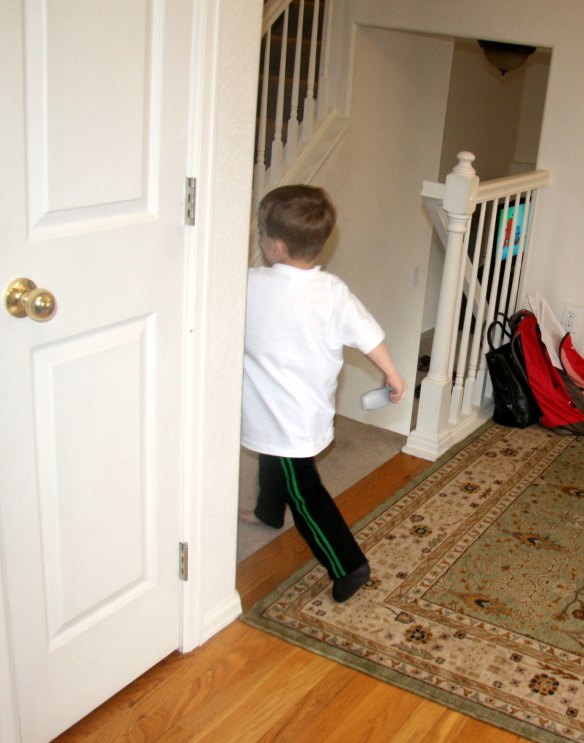 Thankfully he is more interested in doing sitting down activities (superheroes, tinker toys and race track), but he’s moving around some too.

And for me, I am knitting a little this morning.

I think it was on Friday when I posted my shawl was going well.  The slightly superstitious part of me knew that I should not make this claim.  And I didn’t even add a single “knock on wood” in that post.

So then my shawl almost became a huge disaster.  I tinked back 100 stitches and then I didn’t have enough stitches on my row and ugh…I was getting worried. But thankfully there was this stitch sequence of “slip 1, k2tog, and psso”  So I could find where these were in my row which helped me find my mistakes. I found where I’d dropped a couple of yarnovers and the green markers were where I needed to get them back. 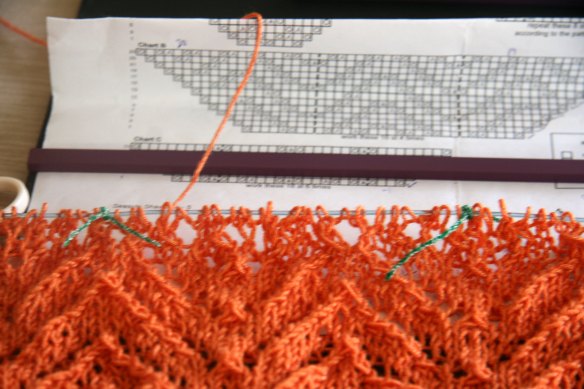 The reason I think I almost had a disaster was because my stitches were so bunched up on my needles (and of course the fact that I made the mistake of talking about how well I was progressing on the shawl).  Some slid off at one point, and I couldn’t spread them out to see what I was doing.  So before I attempted to make this fix, I bought some 40 inch circular needles.  I should have been using them in the first place (I had 32 inch).

4 thoughts on “Gettin’ Around & Knitting Disaster Averted *knock on wood*”