Today Davey, Buster and I went on a picnic.  After we ate, I thought we’d draw for a little while.  We tried drawing what we saw around us.  Davey drew Buster, and then he had another idea.

“Mama.  I want to do a collage.  I’ve always wanted to do this!”  I don’t know if this is collage exactly, but it was a pretty cool idea I thought.

He wanted me to draw a tree, and then he added the details. 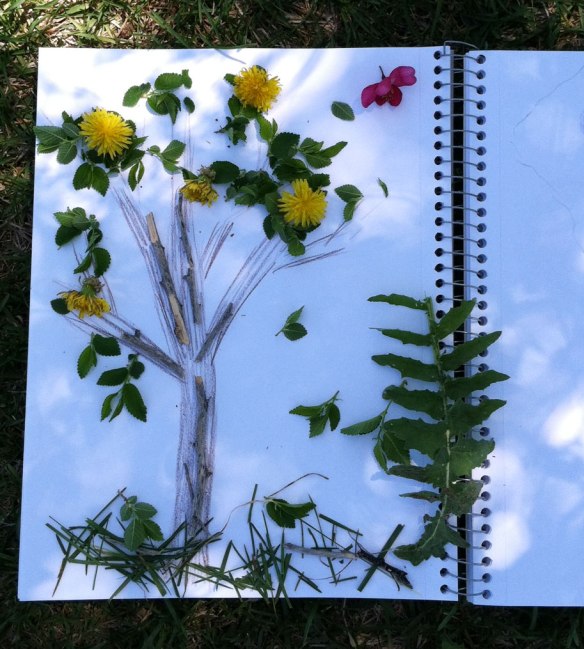 We added twigs to the bark. He told me that the dandelions are yellow apples.  The red flower is the sun!  He specified that he wanted leaves falling from the tree.  Then he added grass.  He wanted a “human” in the picture, so he found what he thought was a “human-like” weed.

I loved this.  I wanted to draw pictures, but he wanted to create a completely different type of picture.  Creative kid. 🙂

1 thought on ““Collage” with Davey”