I feel a little like a Home Depot advertisement, but I wanted to blog about the Kid Workshops we have now gone to a couple of times.  Davey loves them.

Home Depot has the Kid Workshops the first Saturday of each month.  We went for the first time in November.  Davey got an apron which he thought was just the coolest.

Each month he gets another project pin to put on the front of his apron.  Another awesome thing for Davey.  He was checking out the other kids, some of whom had like 20 pins on the fronts of their aprons.

The best thing about this is that Davey does this with Daddy.  I suppose I might be allowed to participate one of these times, but it’s a real fun daddy/davey thing.

Right now, David guides Davey through much of the project.  This particular project was a snowman napkin holder.  I think it involved a screwdriver, paint and some stickers.

Guess who else was here?

I think this is going to be our new monthly Saturday morning event.  It’s really a cool thing.  It’s free, and the Home Depot people who run the workshops are so friendly and helpful with the kids.

Oh and finally – notice what David is wearing?  He really likes The Sweater! 🙂 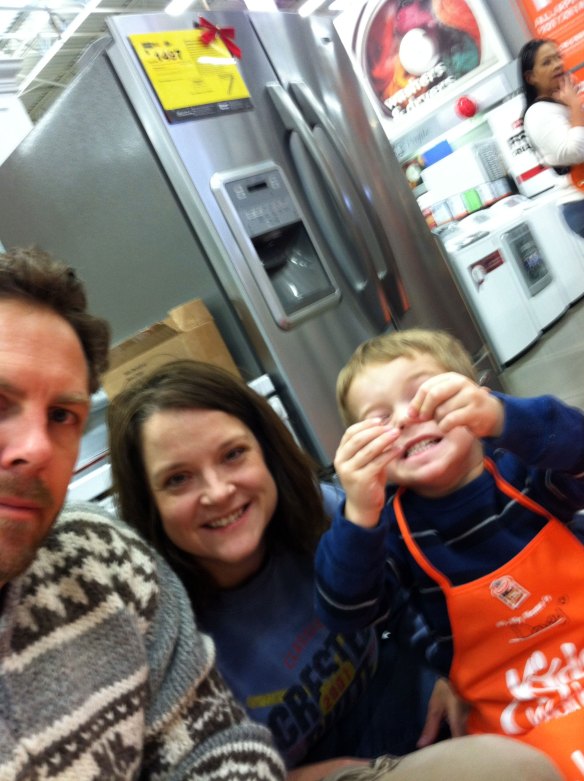